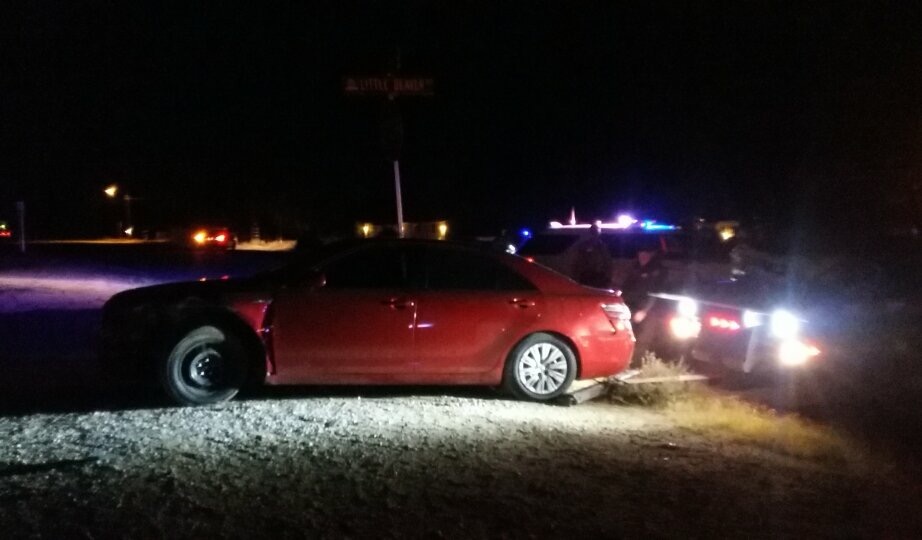 APPLE VALLEY:(VVNG.com)- A stretch of Kiowa Road was temporarily shut down in both directions following a hit-and-run traffic collision.

At about 9:00 PM., on Thursday, June 9th dispatch received the report of a two-vehicle collision. The crash involved a red Toyota Camry and a black Mitsubishi sedan.

According to initial reports, the Toyota was traveling north on Kiowa and the Mitsubishi was heading south attempting to make a left turn onto Little Beaver. A witness at the scene told a Victor Valley News reporter, the male driver of the Mitsubishi fled the scene on foot leaving behind children in the vehicle.

The driver of the Camry was transported to a local hospital with nonlife-threatening injuries. At this time, it’s unknown if any of the children inside the vehicle were injured.