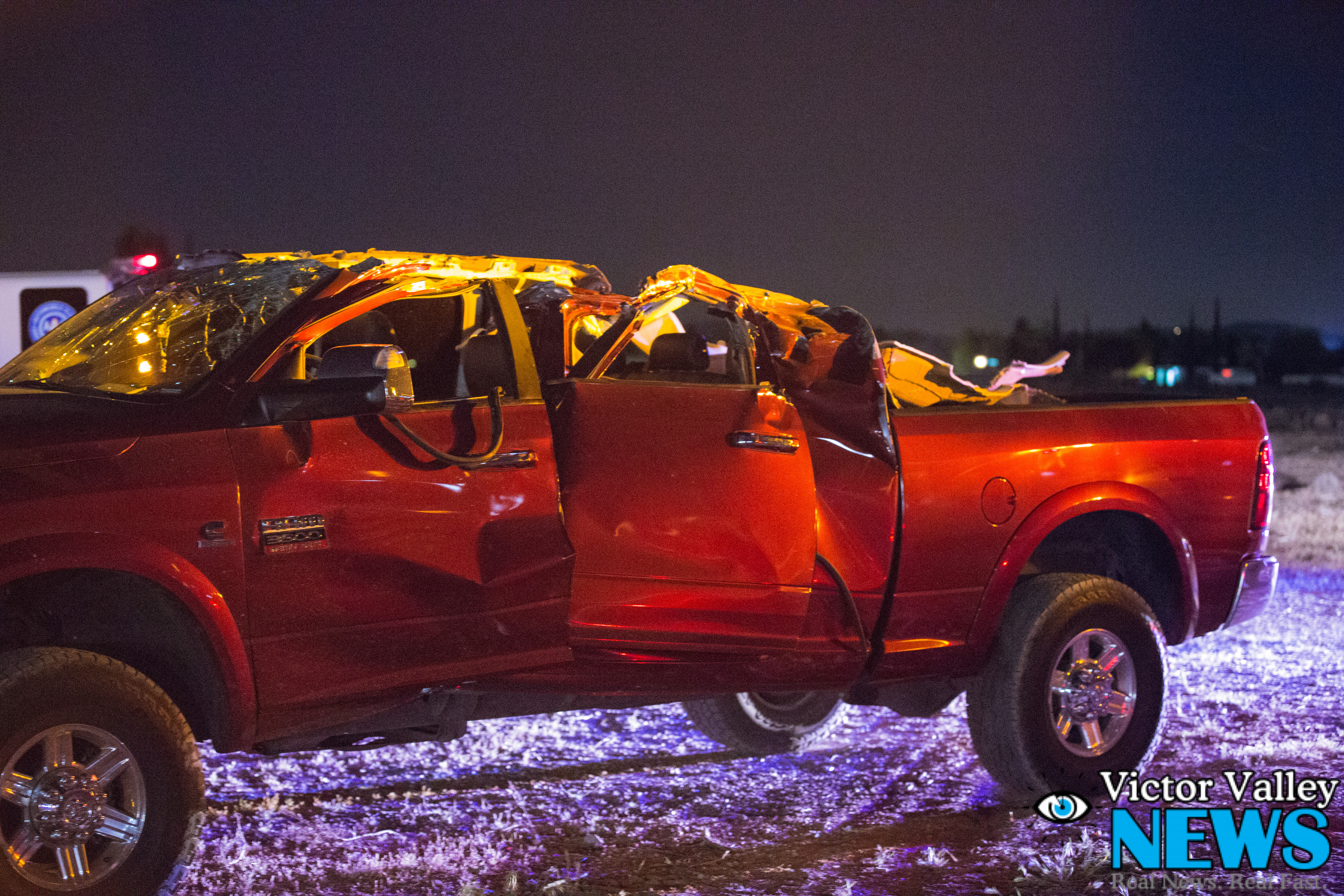 HESPERIA:(VVNG.com)- On Friday, March 27, 2015, a man operating a heavy equipment machine was airlifted to a trauma hospital after two pick up trucks collided into the machinery, which is known as a boom lift.

The boom lift, which weighs approximately 35 thousand pounds and made of solid steel, was extended across the north and south bound lanes of Mariposa Road, just north of Turko Ave, in the city of Hesperia.

A dark Chevy Silverado traveling southbound collided into the steel basket of the lift. The impact caused the operator of the lift to catapult into the air and land into the bed of the Chevy.

Seconds later, a red Dodge Ram traveling in the north bound lanes of Mariposa Road collided in the extended arm of the lift. The truck continued driving for half a mile before stopping on the side of the road.

Amazingly, both drivers of the pick-up trucks did not sustain any major injuries.

The call was initially dispatched by one of the vehicles OnStar service, which has an automated collision detection that detects when a car has been in an accident, be it through airbag deployment or onboard sensors, which then notifies emergency services without any driver input whatsoever. That call came in at just before 8:30 P.M.

The operator of the machinery received moderate to severe injuries, which did not appear to be life threatening. It is unknown at this time why the boom lift was extended across all lanes of traffic.

Be sure to like Victor Valley News on Facebook and also join our live news group with over 54,000 members.

www.VVNG.com for all your local news.