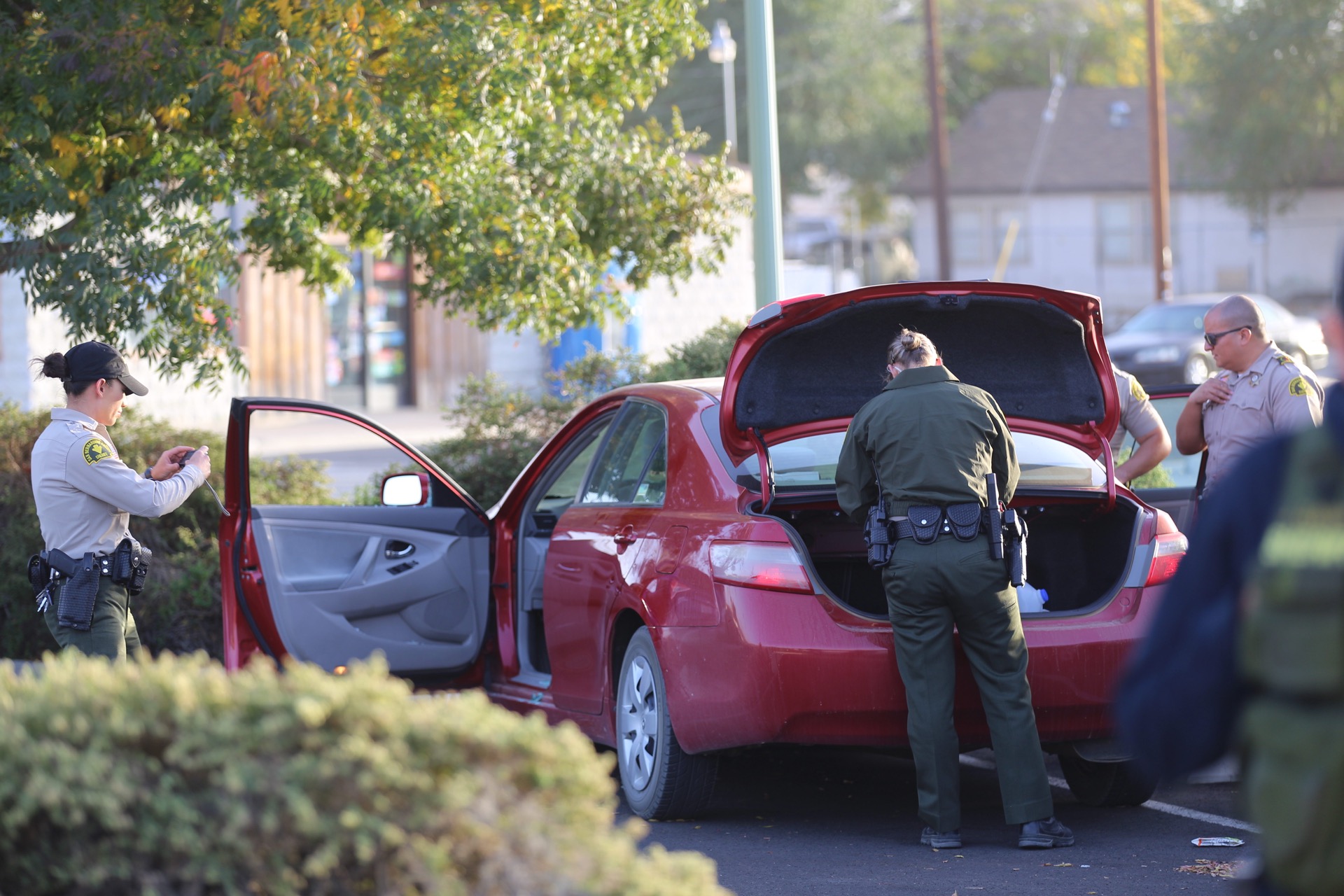 VICTORVILLE, Calif. (VVNG.com) A man was quickly detained after attempting to steal a car from a parking lot in downtown Victorville.

Deputies were dispatched at approximately 3:35p.m to the Greyhound station on the 16800 block of D Street.

According to scanner traffic, when deputies arrived on scene the male subject was holding a knife in his hand, began walking towards the deputy before turning around and going back into the red Toyota Camry he was attempting to steal.

“He broke a window on the vehicle and did gain entry,” stated Spokeswoman Mara Rodriguez of the Victorville Sheriff’s Station. “Deputies arrived on scene and were able to detain him.”

The suspect was identified as Kyle James Martigan, 28, of Apple Valley.