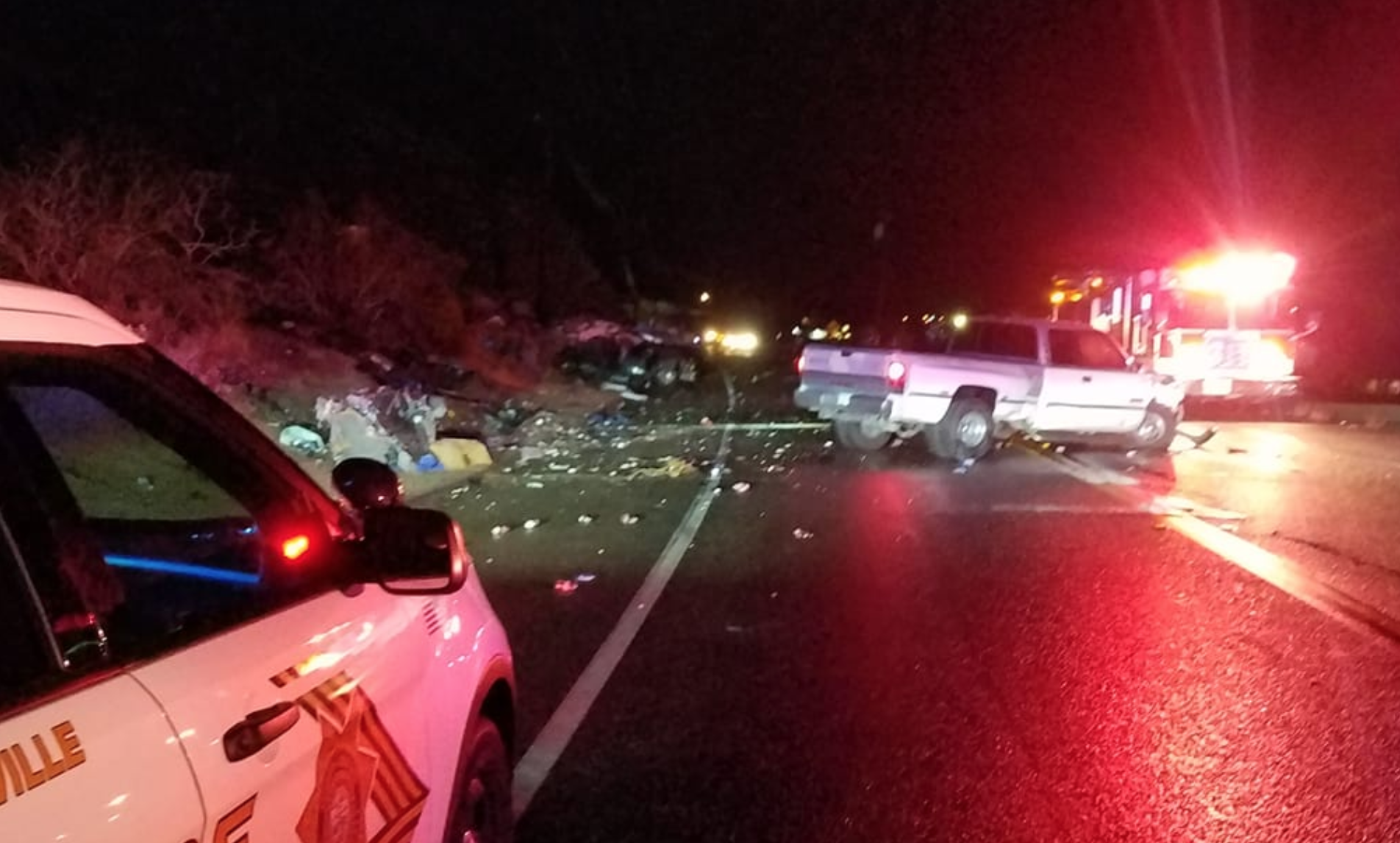 VICTORVILLE, Calif. (VVNG.com) — A man who was critically injured in a crash here late Wednesday night has died from his injuries, officials confirmed.

At about 11:04 pm, January 16, 2019, deputies from the Victorville Station and rescue personnel from the San Bernardino County Fire Department and AMR responded to a two-vehicle traffic collision on National Trails Highway south of Air Expressway.

Deputies investigating the crash determined the roadway was wet due to rain earlier that night, and for unknown reasons, the driver of the Honda lost control while navigating the curve in the roadway and crossed the double yellow lines colliding with the Dodge causing major damage to both vehicles.

“[The] gray Honda Civic flew past me about 90mph and flipped over and hit a pickup truck traveling in the opposite direction,” according to Michael Spanos who witnessed the crash.

The driver of the Honda was flown by helicopter to a hospital where he was later pronounced deceased.

The driver of the Dodge suffered minor injuries and did not require immediate medical treatment.

Investigators are continuing the investigation into the cause of the collision.

National Trails Highway, north the I-15 Freeway and south of Air Expressway, was closed in both directions for several hours while investigators processed the scene for evidence and interviewed witnesses.

Anyone with information or anyone who may have witnessed the collision is asked to contact Deputy A. Hylin or Deputy J. Dean at the Victorville Police Station. (760) 241-2911