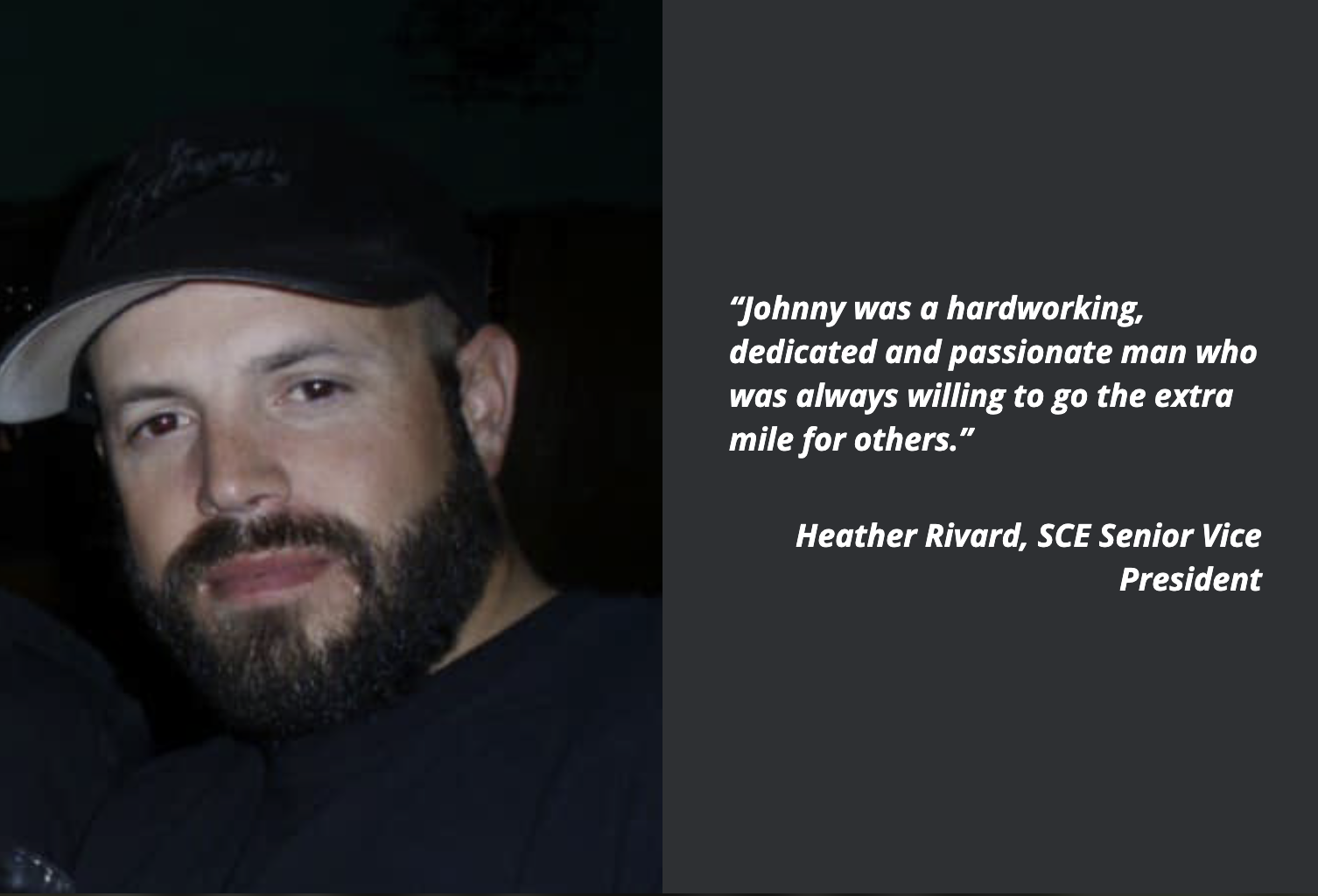 BARSTOW, Calif. (VVNG.com) – Johnny Kinkade was remembered by family and friends after he was killed in a work-related incident Monday, Southern California Edison confirmed.

Kinkade worked as a troubleman for SCE, which consists of locating and repairing faults with power lines and related devices.

Kinkade passed away Monday, Jan. 16, 2023, while responding to a trouble call in the Barstow district while working. He was found unresponsive by a member of the community, the Company confirmed.

“We are devastated by the loss of our team member, and our thoughts are with his family, friends and co-workers,” said Steve Powell, SCE president and chief executive officer.

Kinkade worked for SCE since 2010, when he first began in Victorville as a meter reader before becoming an apprentice lineman with the North Coast Heavy Crew in 2011 and a journeyman lineman in 2014.

He was promoted to troubleman in February of last year, the company said.

Johnny leaves behind a longtime girlfriend Eileen, her son Noah, and a tight group of friends that were his chosen family, a GoFundMe account stated.

“We lost a good man this week unexpectedly and heavy hearts are felt within the Luna family, and Johnny family and friends. It a tragic loss that nobody was prepared for and this loss hurts. I thank SCE and IBEW Local 47 for setting this up to help with the 2 people that are feeling by this loss the most, my sister and my nephew whom Johnny had wholeheartedly loved and went above and beyond for,” stated Jason Luna, Eileen’s brother.

“I was excited for the family they were planning on growing and the home they established together but in the end of it all we are never ever prepared for the day a loved one doesn’t come home,” Luna said.

“Johnny was a beloved friend and coworker that was loved by all that had the privilege to know him.,” said coworker Jeff Cooksey, who set up a GoFundMe on behalf of his family.

“We want to provide an avenue for those that would like to help out with the upcoming funeral expenses and whatever else may arise. Any support at all would be greatly appreciated,” the GofundMe stated, which has raised over $87,000.

“The overwhelming response of love and support from our SCE team to Johnny’s friends and family, and to each other, brings me light in this dark time,” said Jill Anderson, SCE executive vice president Operations.

The company said its investigating the specific circumstances that led to Kinkade’s death and temporarily stopped all non-emergency work across its service area on Tuesday.

“Our thoughts and prayers are with Johnny’s family during this very difficult time,” said Colin Lavin, business manager, on IBEW Local 47’s website, of which Kinkade was a union member. “We will share information regarding services when we receive them.”

Contributions can be made in Kinkade’s memory at GoFundMe.- Opens in new window Tributes and memories can be shared in the comments section below.