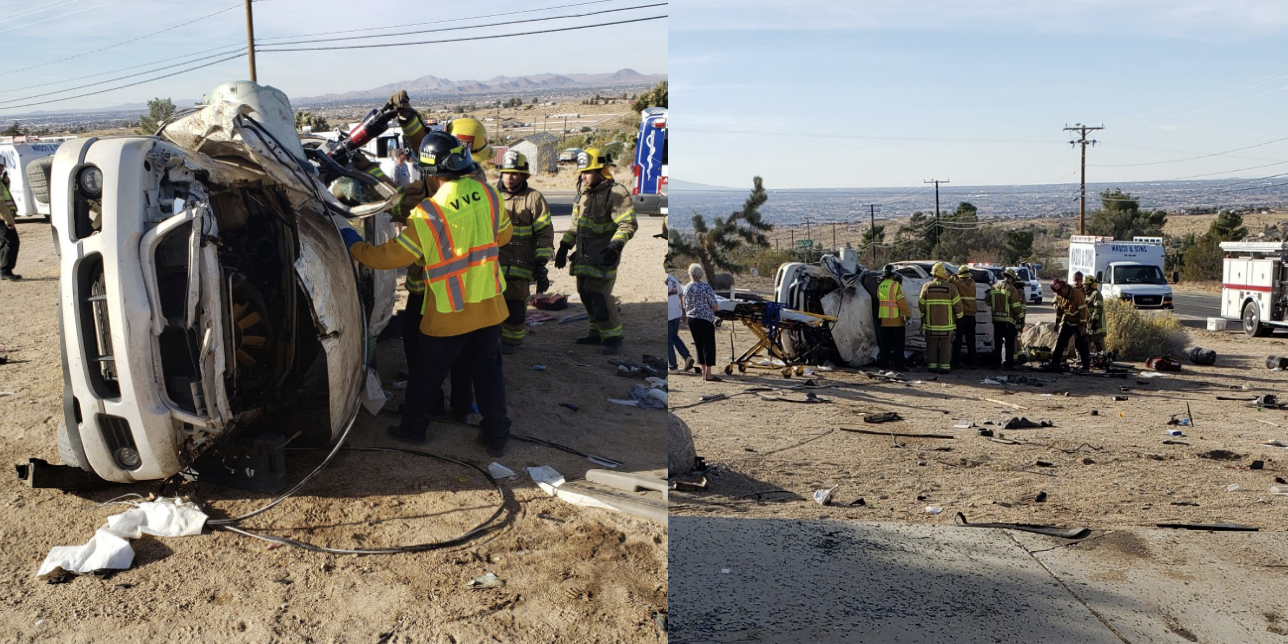 APPLE VALLEY, Calif. (VVNG.com) — A man was killed in a crash Tuesday in Apple Valley and a woman was critically injured.

It happened at 2:09 p.m. on the 22900 block of Roundup Way near Bella Vista Road in the unincorporated area of Apple Valley and involved a solo-vehicle rollover.

Upon leaving the roadway, the white SUV rolled multiples times in the front yards of several homes, before coming to rest about three houses down.

“We were the first to stop after seeing a cloud of dirt, at first we thought it was someone on a dirt-bike because it was so dusty,” stated Andrew Carson.

Carson said neighbors helped search for the male driver who had been ejected.

“We kept looking for the man but couldn’t find him anywhere, and finally a neighbor saw him in the driveway of a home,” stated Carson.

Upon arrival, first responders declared the man deceased. He was thrown about 100 feet where the SUV came to rest.

“The woman had a severely injured knee, but she was talking and was able to give us a phone number of a family member,” Carson said.

A landing zone was established at Mendel Park where the woman was taken by ambulance, and then further airlifted to Arrowhead Regional Medical Center.

Family and friends commenting on a VVNG video have identified the deceased man as 40-year-old Eric Sprague.