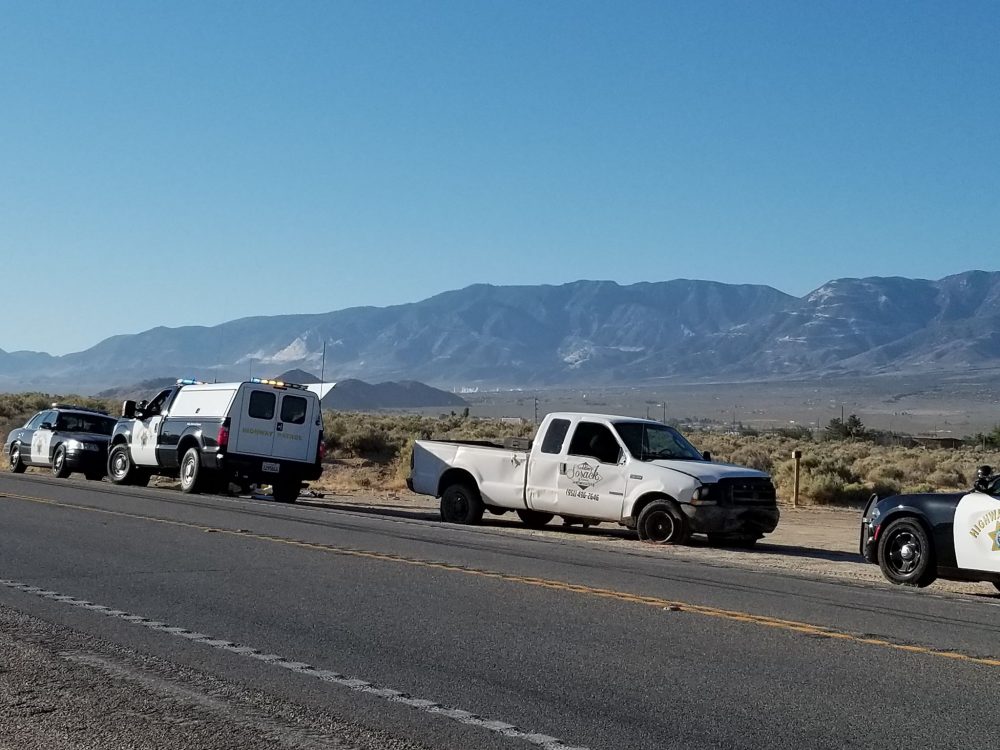 LUCERNE VALLEY, Calif. (VVNG.com) — A man was found dead after he was ejected from a pickup truck that rolled Wednesday morning.

At about 6:30 am on May 27, 2020, San Bernardino County Firefighters were dispatched to a traffic collision on Highway 18 near Rabbit Springs Road in Lucerne Valley.

When first responders arrived they located an adult male down in the roadway and a white pickup truck several feet away. Despite life-saving measures, the male was pronounced deceased at the scene.

For reasons still under investigation, the westbound truck made a hard left-turn, struck a dirt berm and overturned. The male driver was ejected out of the passenger window of the truck, officials said.

Officers from the California Highway Patrol described the driver as a heavy-set male in his 40’s and it’s possible he could have had a medical issue prior to the accident.

The CHP Victorville station is handling the investigation and anyone with information is asked to call 760-241-1183.