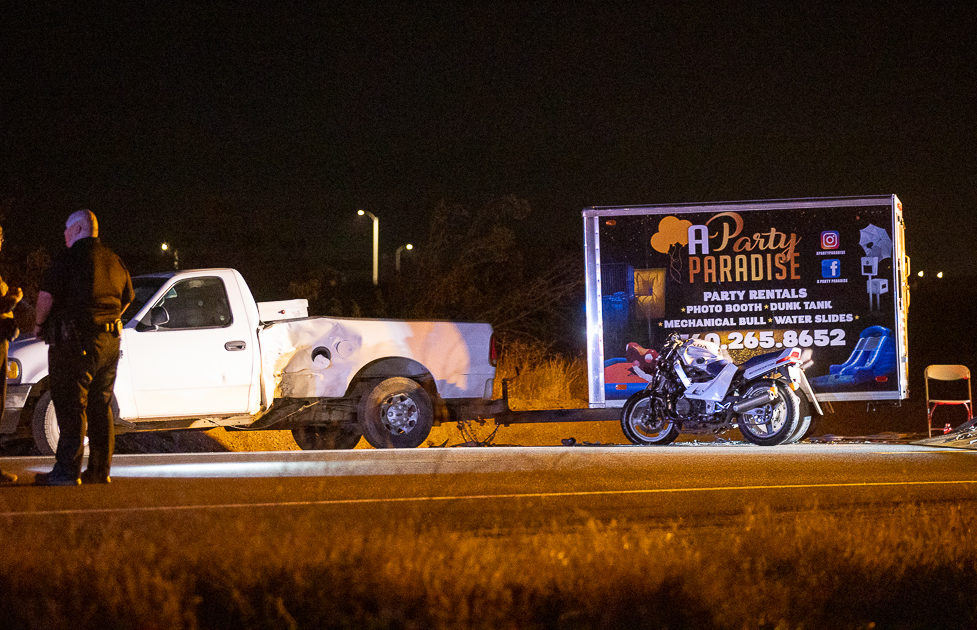 VICTORVILLE, Calif. (VVNG.com) — A man was killed Friday afternoon after his motorcycle was involved in a collision with a pickup-truck in Victorville, according to authorities.

As the truck was completing the U-turn, officials said the rider of the white Honda Interceptor motorcycle, which was also traveling northbound, struck the side of the pickup truck.

The crash caused north and southbound lanes of Highway 395 to shut down as authorities investigated the scene.

The rider, who was only identified as man, died at the scene. The driver of the pickup truck was not injured and remained at the scene during the investigation.

Sheriff’s officials said drugs and alcohol are not believed to be a factor in this collision.

The investigation is ongoing as to the cause of the collision. Anyone with information or anyone who may have witnessed the collision is asked to contact Deputy A. Hylin at the Victorville Police Station at 760-241-2911.

Related Topics:Fatal Crash on Highway 395Highway 395motorcycle crash
Up Next