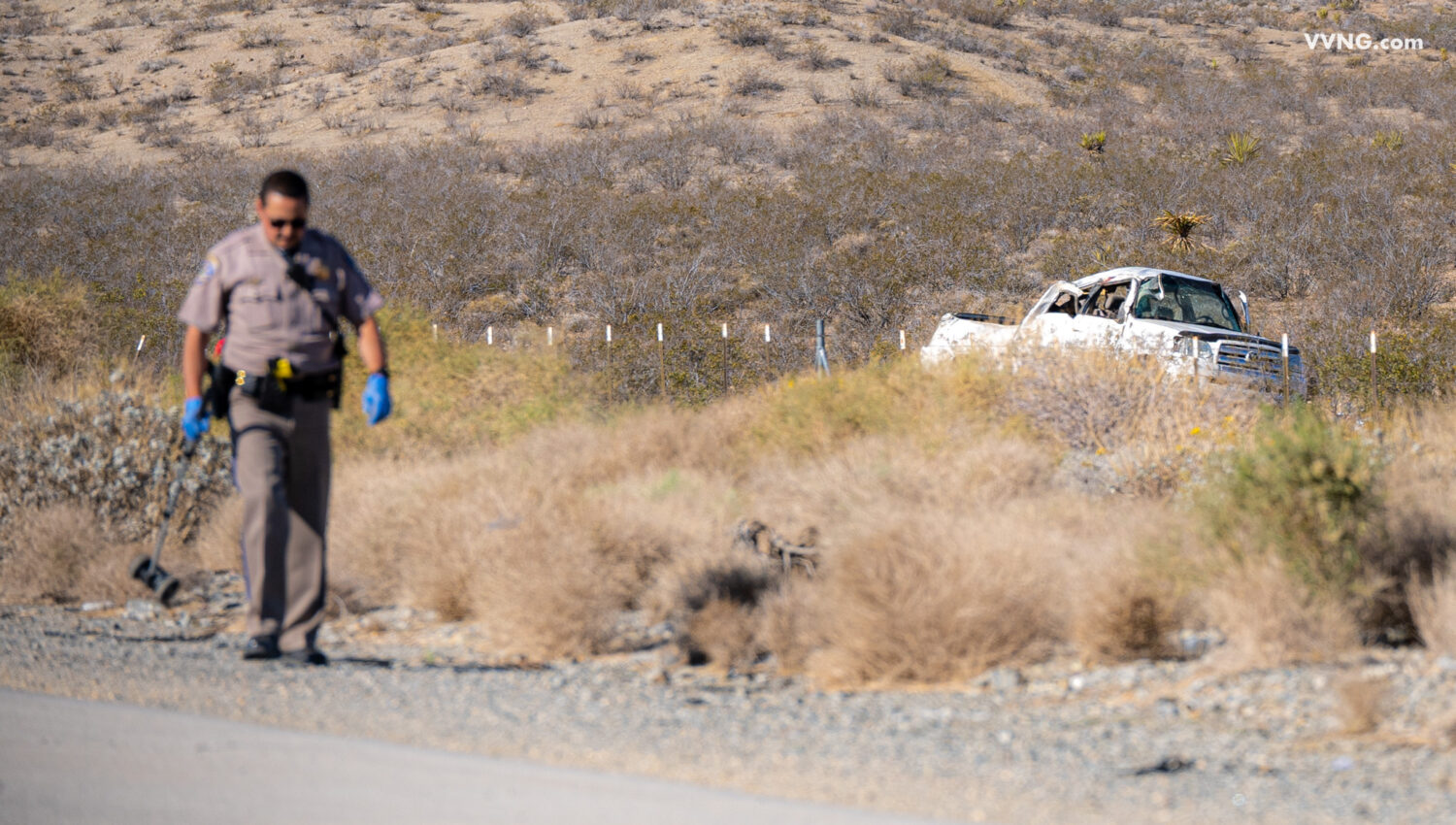 APPLE VALLEY, Calif. (VVNG.com) — A man killed in a crash on the I-15 freeway on Mother’s Day was identified as a 70-year-old Las Vegas resident.

For reasons still unknown, the driver of a white Toyota Tundra lost control causing the truck to overturn multiple times before coming to a stop in the desert along the northside of the freeway.

Emergency personnel responded to the incident and requested a helicopter to airlift the 74-year-old driver with critical injuries to Arrowhead Regional Medical Center.

The coroner’s office said the passenger identified as Lucio Parada-Becerra was pronounced deceased at the scene. A third passenger, a 35-year-old resident of Tijuana, Mexico was not injured.

According to the CHP incident logs, approximately 100 feet of perimeter fence was damaged when the vehicle came off the freeway.

The crash is still under investigation by the Victorville CHP and anyone with information should contact Officer G Campos at 760-241-1186.

Related Topics:15 freewayaccidentCHP
Up Next