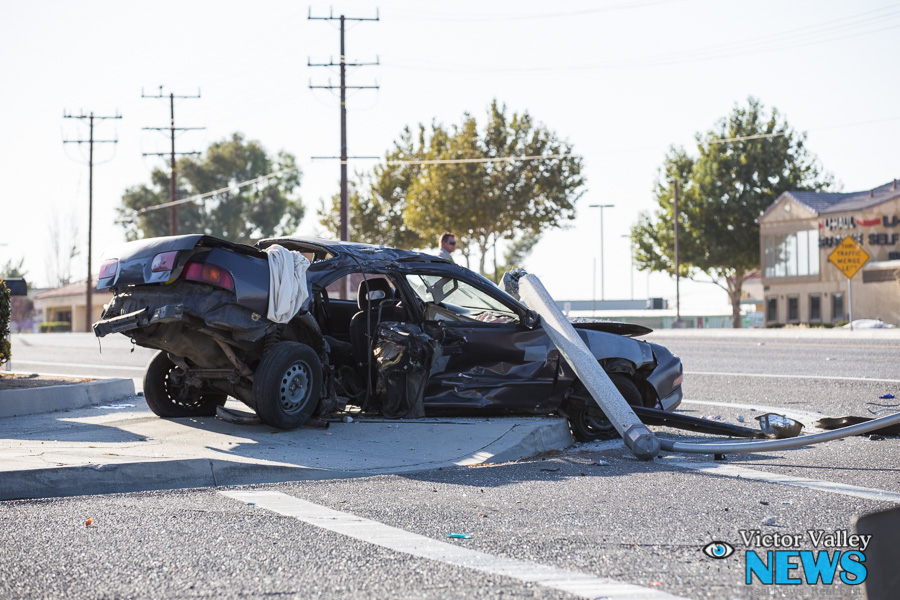 VICTORVILLE, CA:(VVNG.com)- A man was killed on Labor Day after he lost control of his vehicle and collided into a light pole.

The single vehicle crash was reported at about 5:00 p.m. on Monday, September 5, 2016, near the intersection of Palmdale Road and Del Gado Road.

According to authorities, the black sedan was traveling eastbound on Palmdale Road when the driver lost control and spun out. The vehicle struck a sign on the south side of the roadway and then struck a light pole just east of the sign.

Tony Lucero was traveling westbound on Palmdale Road when he witnessed the crash. Tony told Victor Valley News the vehicle was traveling at about 60 MPH.

“He stepped on the break, spun out, and cut the vehicle in half. I jumped out of my car to check on him and he had a very weak pulse,” stated Lucero. “When the deputies pulled him out his body was limp and they gave him CPR.”

The driver was transported by ground ambulance to Victor Valley Global Medical Center where he later succumbed to his injuries.

The identity of the driver will be released pending notification of next of kin.

Palmdale Road will be shut down for several hours while the Major Accident Investigation Team (MAIT) conducts an investigation. As an alternate route, motorist can use Anacapa Road. 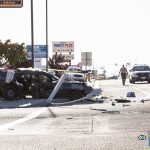 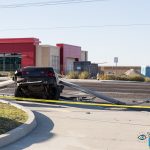 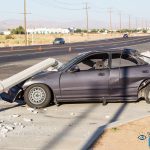