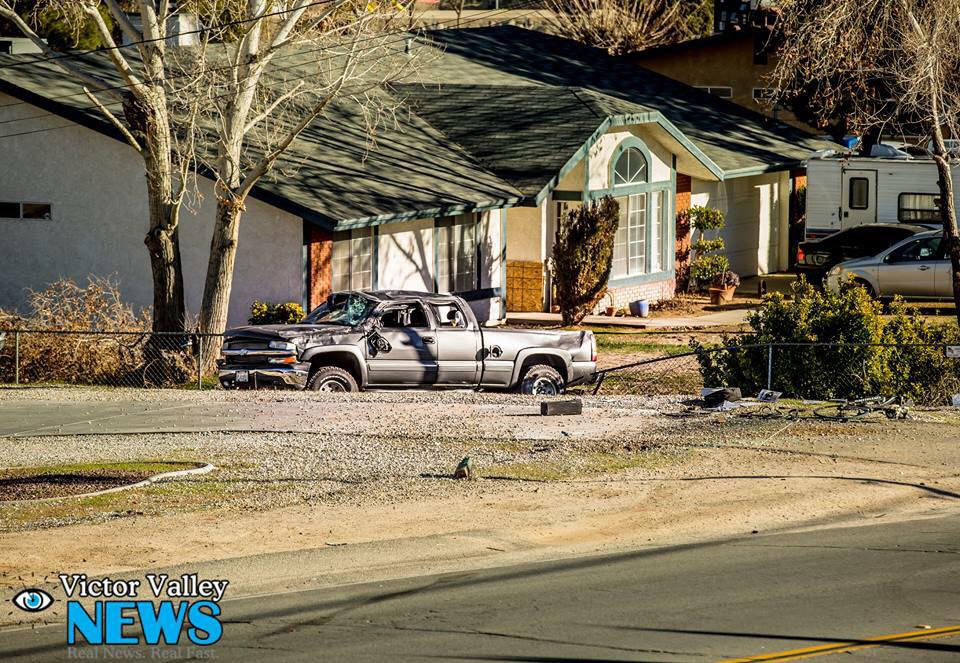 HESPERIA: (VVNG.com)- On January 24, 2015 at about 12:37 p.m., deputies from the Hesperia Station and rescue personnel from the San Bernardino County Fire Department responded to a reported single vehicle roll over traffic collision near the intersection of I Avenue and Buckthorn Avenue in Hesperia.

Upon arrival Deputies determined that the 2001 Chevrolet Silverado was traveling south on I Avenue approaching Buckthorn Avenue when, for an unknown reason, the driver lost control and the vehicle rolled over several times ejecting the driver.

The 45-year-old male driver, and sole occupant of the Chevrolet truck, Joseph Rodriguez was transported to Desert Valley Medical Center where he succumbed to his injuries.

MAIT Investigators are continuing the investigation into the collision and family of the deceased has been notified. I Ave. was closed in both directions from Aspen Street to Althorn Avenue until about 6:00 p.m., while MAIT investigators processed the scene for evidence and interviewed witnesses.

Anyone with information or anyone who may have witnessed the collision is asked to contact Deputy C. Gomez or Deputy K. McCurdy from the Hesperia Station.