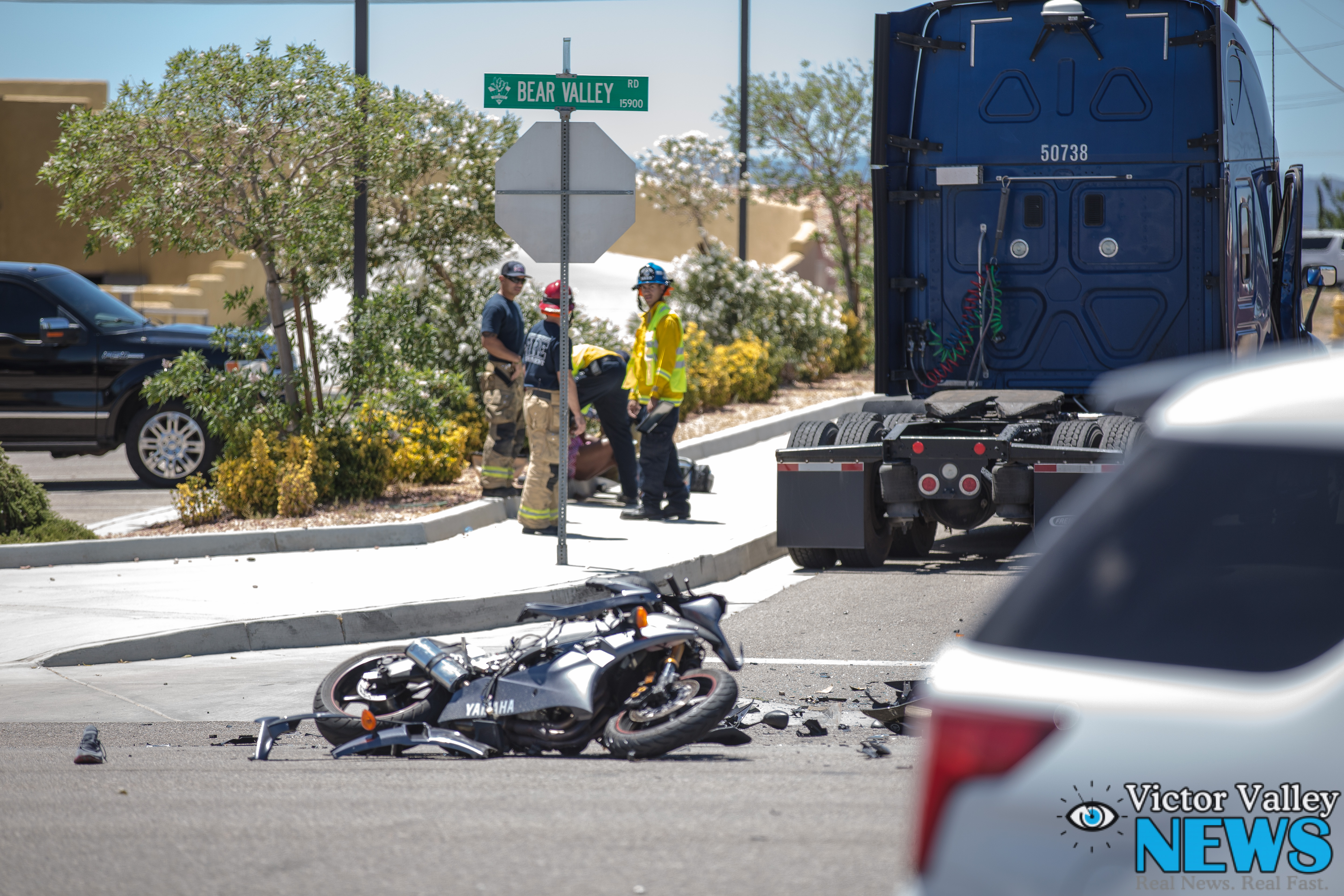 HESPERIA:(VVNG.com)- The San Bernardino Coroner’s office has identified the motorcyclist killed on the 4th of July as 21-year-old Jose Daniel Rocha Oregel, a resident of Hesperia.

On Monday at 11:27 a.m. dispatch received a report of a traffic collision involving a motorcycle and a semi at the intersection of Bear Valley Road and Ninth Avenue.

The driver of the semi was also injured but treated at the scene before being released.

The incident is under investigation by the San Bernardino County Sheriff’s Department, Major Accident Investigation Team.