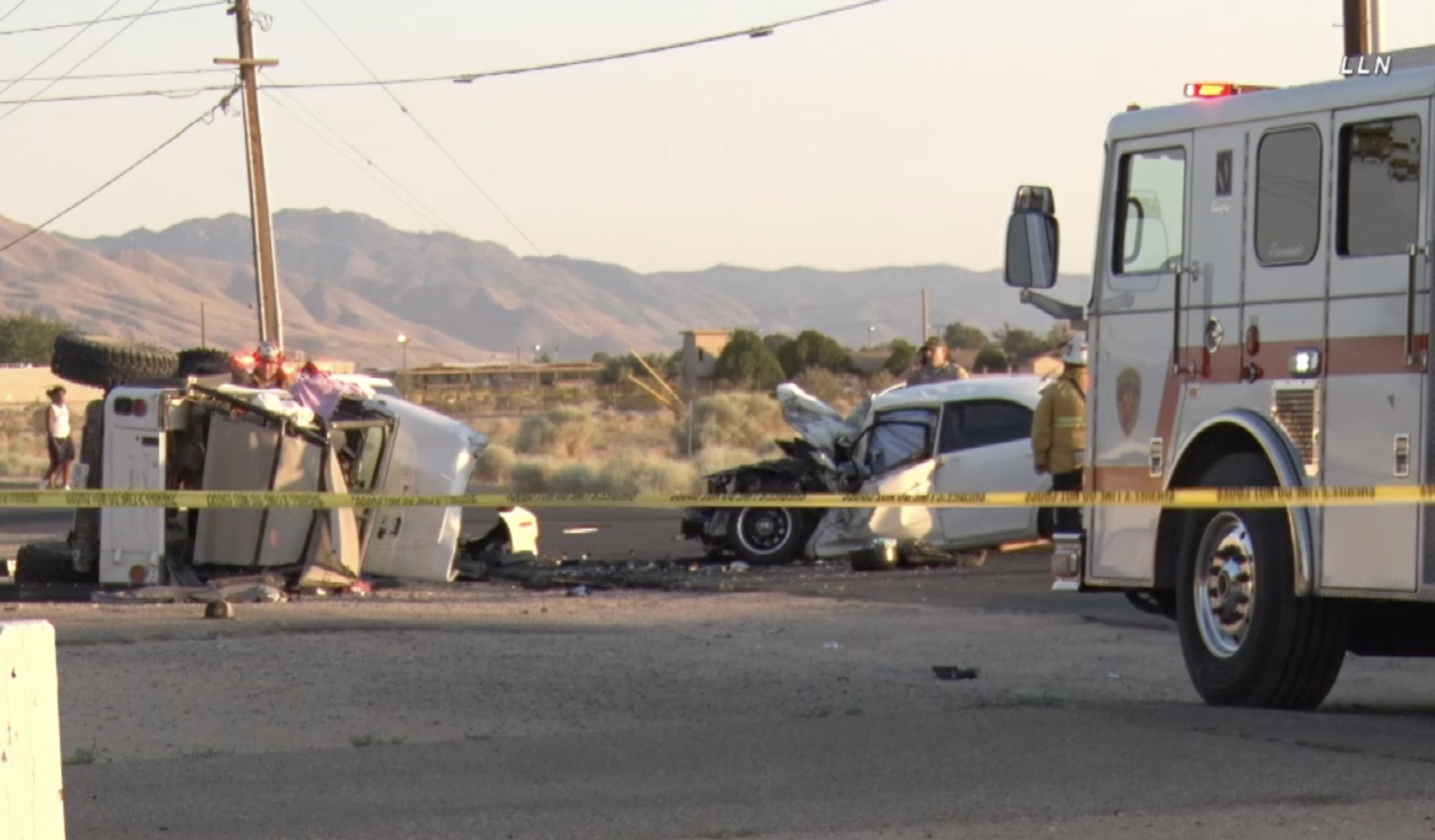 APPLE VALLEY, Calif. (VVNG.com) — A 57-year-old man was killed in a head-on traffic collision Wednesday evening in the Town of Apple Valley.

It happened just before 7:00 pm, on June 30th near the intersection of Central and Powhatan Roads. The crash involved a white 1993 Jeep Wrangler and a white 2004 Mazda 6.

Upon arrival, Apple Valley Fire Protection District firefighters located the Jeep on its side and both vehicles had major front-end damage. Firefighters pronounced the driver of the sedan deceased at the scene and reported extrication would be required for the other driver.

The 17-year-old male driver of the Jeep was extricated and transported by ambulance to St. Mary’s hospital where he was subsequently airlifted to Arrowhead Regional Medical Center in critical condition.

Through preliminary investigation, it is believed the Mazda was driving south on Central Road and for an unknown reason crossed into the northbound lane and collided head-on with the Jeep.

Several Good Samaritans stopped at the scene of the crash and attempted rendering aid before emergency personnel arrived.

“I was there, my heart hurts for the older man, I tried to comfort him and prayed with him. God Bless you Sir, I wish I could have done more. So many kind people were all around trying to help,” commented VVNG member Lena Graham.

The identity of the deceased man has not been released.