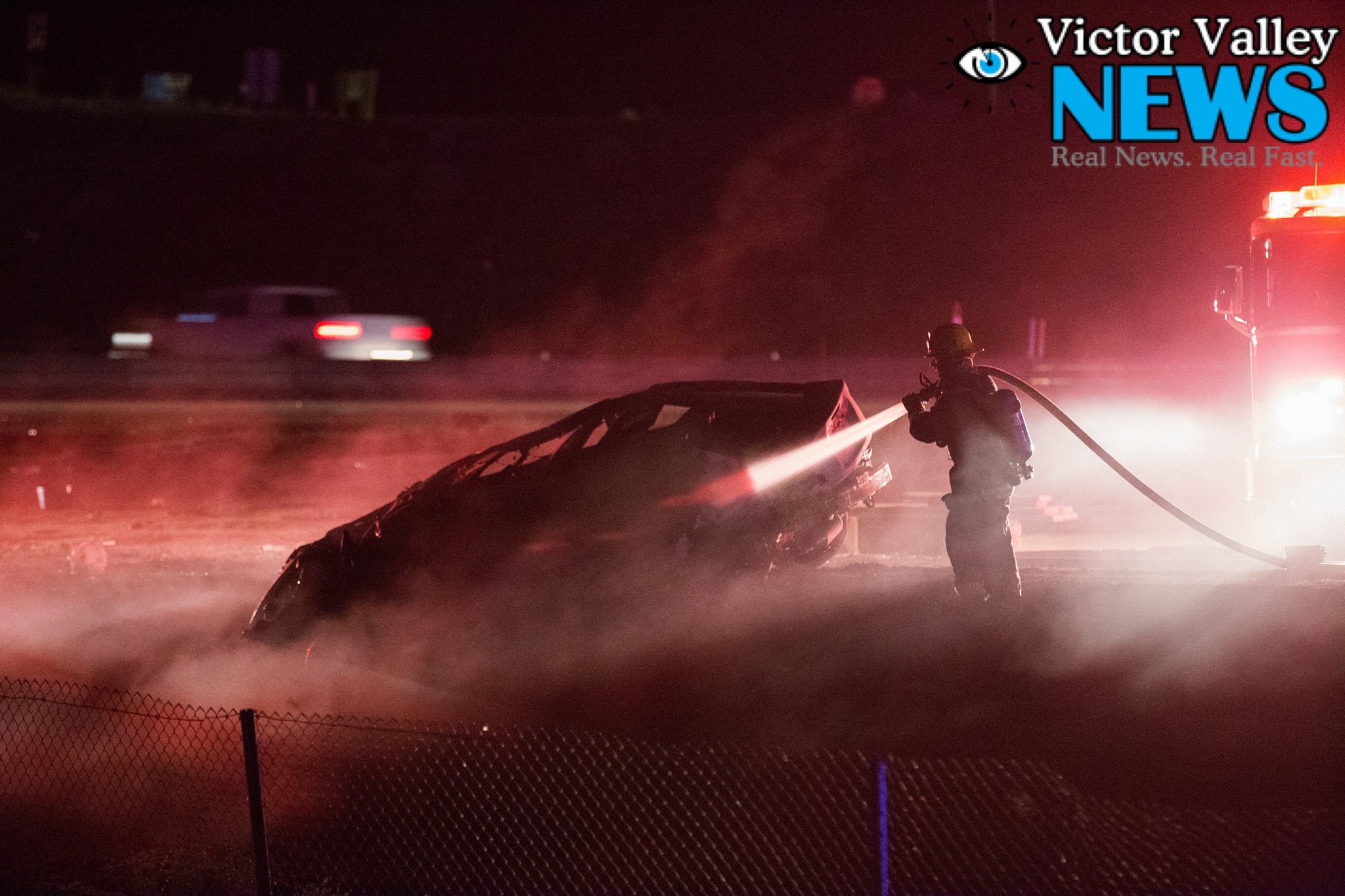 OAK HILLS:(VVNG.com)- One person was killed just after midnight on Friday when a car caught fire after colliding with a semi. The fatal traffic collision occurred on Friday, August 14th on the Northbound I-15 approximately 100 yards north of Oak Hill Road.

According to authorities, initial witness reports stated that the semi-truck made a large “pop” sound as though he hit something and debris was all over the roadway.

Soon after, the driver of the semi-truck reported that a man driving in a Toyota Scion driving northbound collided onto the back of his vehicle, causing the sedan to roll off of the roadway and immediately catching fire.

Witnesses reported that the driver of the vehicle was still inside and despite attempts, they were unable to get him out.

“I seen the car clip the semi and it caused the vehicle to flip into the air and land on its wheels,” stated Victoria Gunn. “I immediately stopped and ran over to the vehicle, I tried to open the door but because it was pushed in, I was unable to bring him out. I heard a loud “pop” and the car instantly erupted into flames. We had no choice but to back off. There was nothing we could do.”

When Firefighters arrived on scene the vehicle was fully involved and they quickly began to extinguish the fire.

It was later determined through preliminary investigation and witness interviews that the driver of the white Toyota Scion was driving northbound in the number 4 lane of the I-15. Traffic slowed causing him to collide with the back of the semi-truck “bobtail” (without trailer). The vehicle rolled over onto the right shoulder area and within just moments caught fire.

Paramedics responded and pronounced the unidentified male dead at the scene at 12:32 AM. The name will be released when positive identification has been established.

The driver of the semi-truck complained of pain and was transported to a local hospital for treatment. The collision is still currently under investigation by The California Highway Patrol.