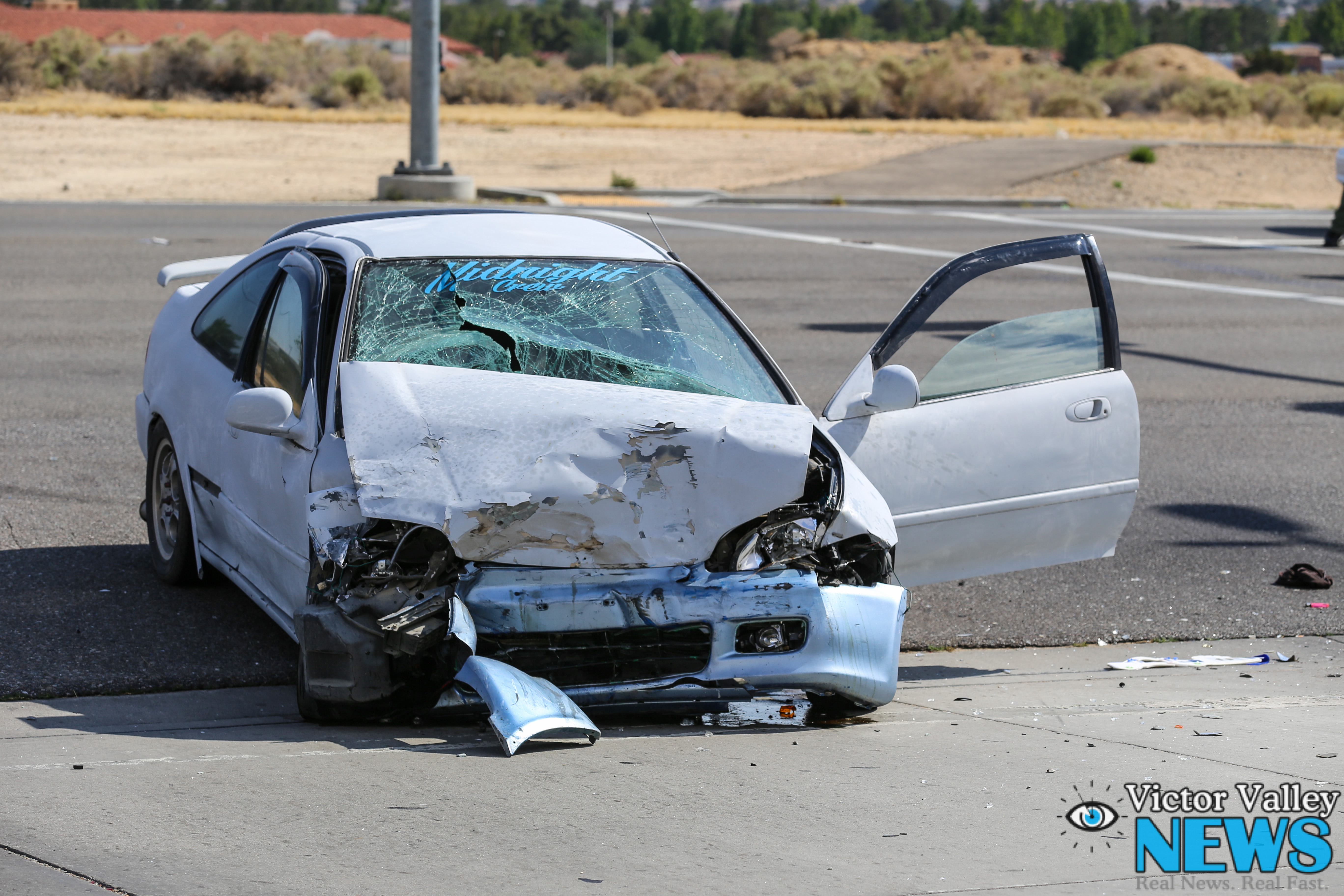 Just after 3:00 p.m. dispatchers received a call indicating that there was a two vehicle traffic collision on Bear Valley Road east of Apple Valley Road.

Authorities responded to Bear Valley Road and Westmont Drive and discovered a primer grey 1995 Honda Civic and a 2016 beige 4-door Cadillac Cross-over. The two vehicles were blocking the westbound lanes near the entrance to the Wells Fargo/El Pollo Loco.

According to authorities, the driver of the Honda, now identified as 41-year-old Apple Valley resident, Michael Rafael Gonzalez was driving his Honda Civic west on Bear Valley Road. Shirley Perrotta, 77 of Victorville was driving eastbound in the left turn lane of Bear Valley Road west of Westmont Drive. Perrotta made the left turn in front of Gonzalez as he approached the intersection of Westmont Drive causing the Civic to strike the side of Perrotta’s vehicle.

Gonzalez was transported to a local area hospital where he was pronounced deceased. Perotta suffered only minor injuries as a result of the collision and did not require transport.

Anyone with information regarding this collision is urged to contact Deputies Cashion or Bechtol at the Apple Valley Sheriff’s Station (760) 240-7400. Callers wishing to remain anonymous are urged to contact the We-Tip Hotline at 1-800-78CRIME (27463) or the We-Tip website at www.wetip.com.