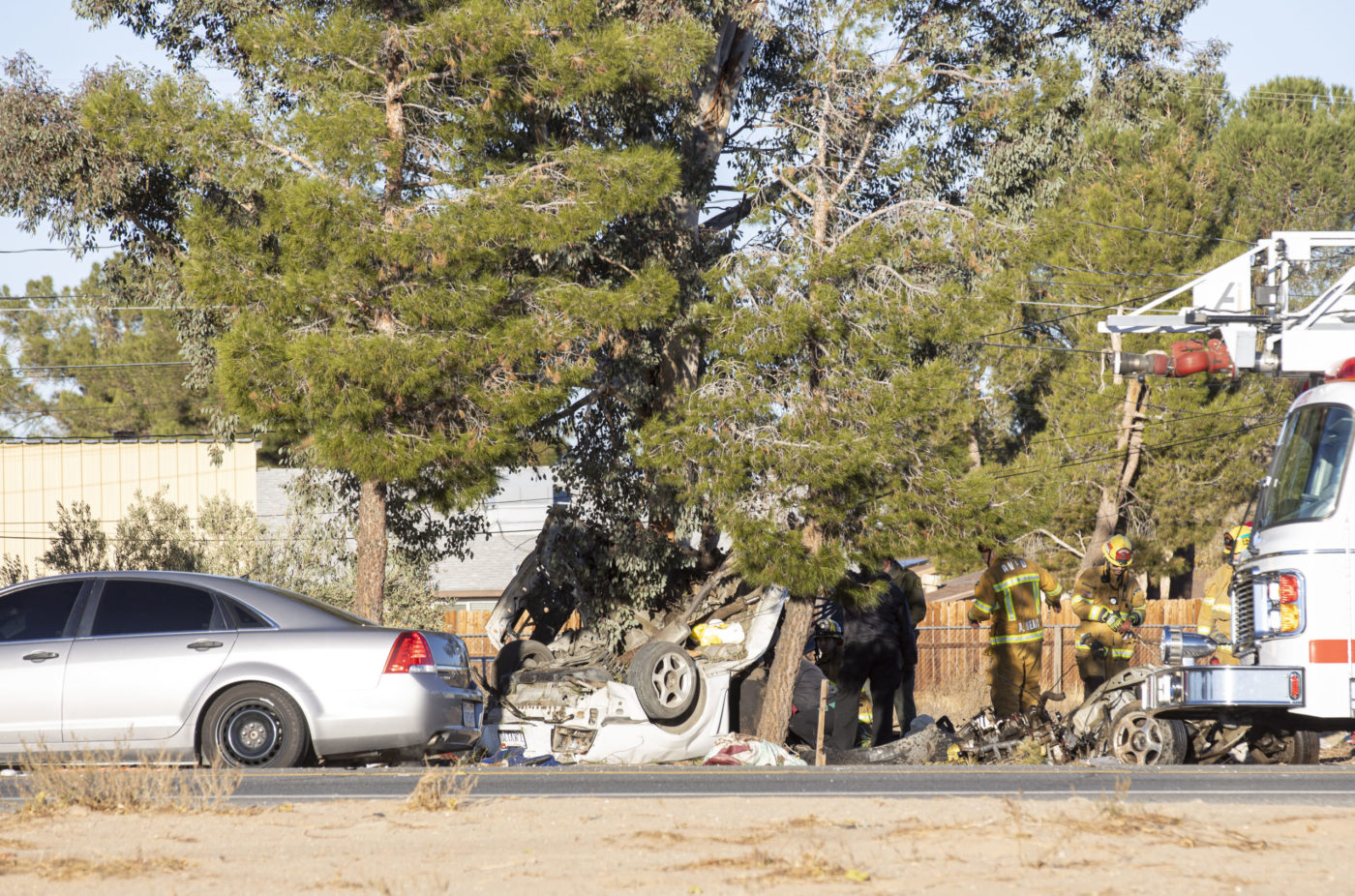 APPLE VALLEY, Calif. (VVNG.com) — A 23-year-old man was killed and a 5-year-old child was injured as a result of a high-speed crash that occurred in Apple Valley late Tuesday night.

On November 24, 2020, at approximately 10:51 PM, Victor Valley Station deputies conducted a traffic stop on a white 2004 Ford Mustang in the area of Kiowa Road and Bear Valley Road, for several vehicle code violations.

Deputies lost visual of the Ford near the intersection of Kiowa Road and Teton Road and reduced speed for the upcoming curve in the roadway.

“The suspect lost control of the vehicle near the intersection of Kiowa Road and Ottawa Road and collided with several large trees in the front yard of a residence. When deputies arrived at the traffic collision, they found the driver and a five-year-old child with major injuries,” stated the news release.

Deputies rendered immediate medical treatment to the five-year-old and attempted to free the trapped driver from the vehicle.

The investigation of the collision is ongoing. Kiowa Road south of Powhatan Road and north of Ottawa Road was closed in both directions for several hours while the scene was processed for evidence and interviews were conducted.

Anyone with information or any witnesses to the collision is asked to contact Deputy A. Hylin at the Victorville Sheriff’s Station.