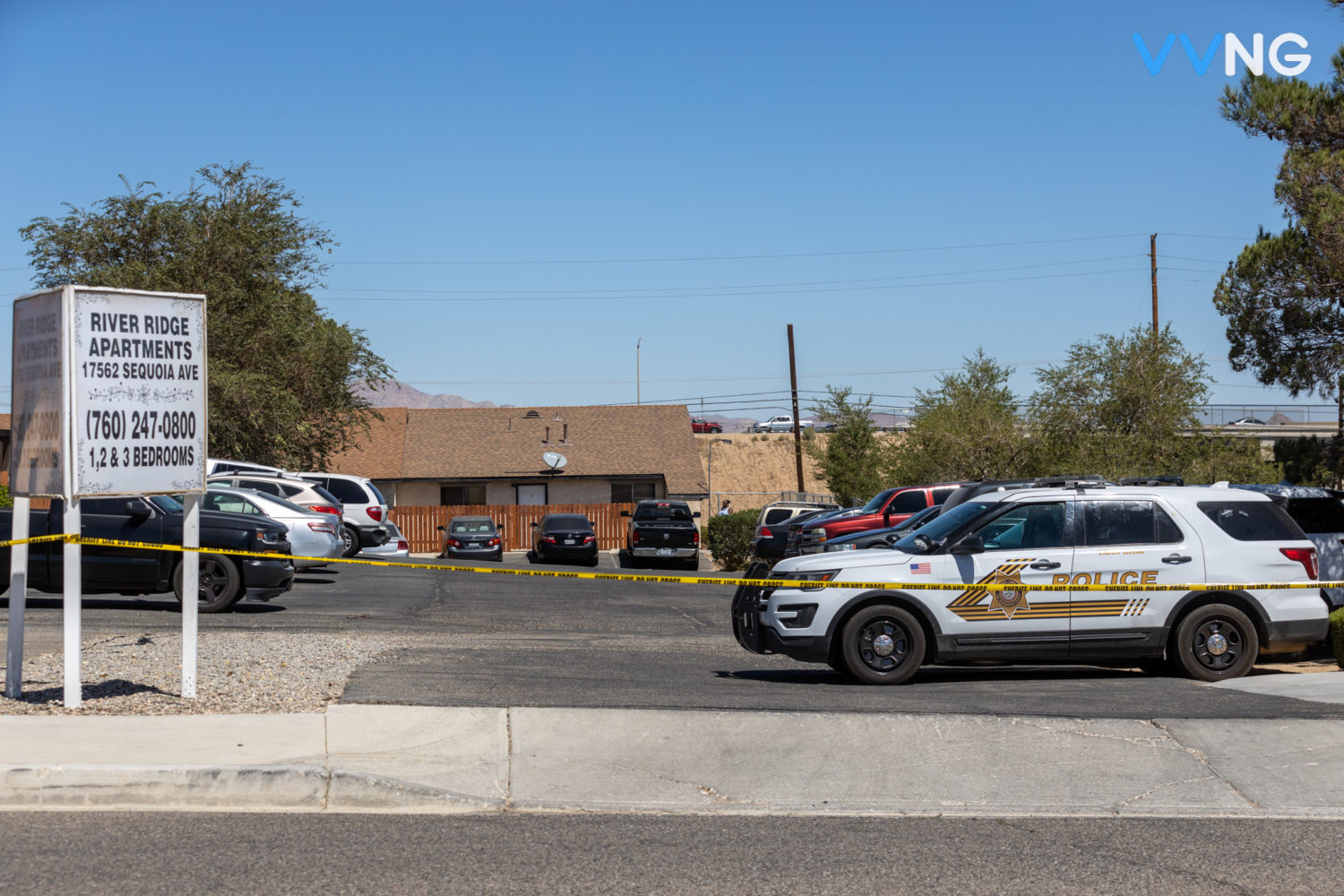 HESPERIA, Calif. (VVNG.com) — Authorities are investigating after a man was killed at the River Ridge Apartments in Hesperia on Saturday.

Residents living in the area reached out to VVNG and reported hearing a shooting with at least 5-7 rounds fired.

Sheriff’s officials confirmed the deceased is a male but had no other details available for release.

Several evidence crime scene markers were placed along a sidewalk leading to an apartment. Homicide detectives and Crime Scene Investigators responded and conducted their investigation.