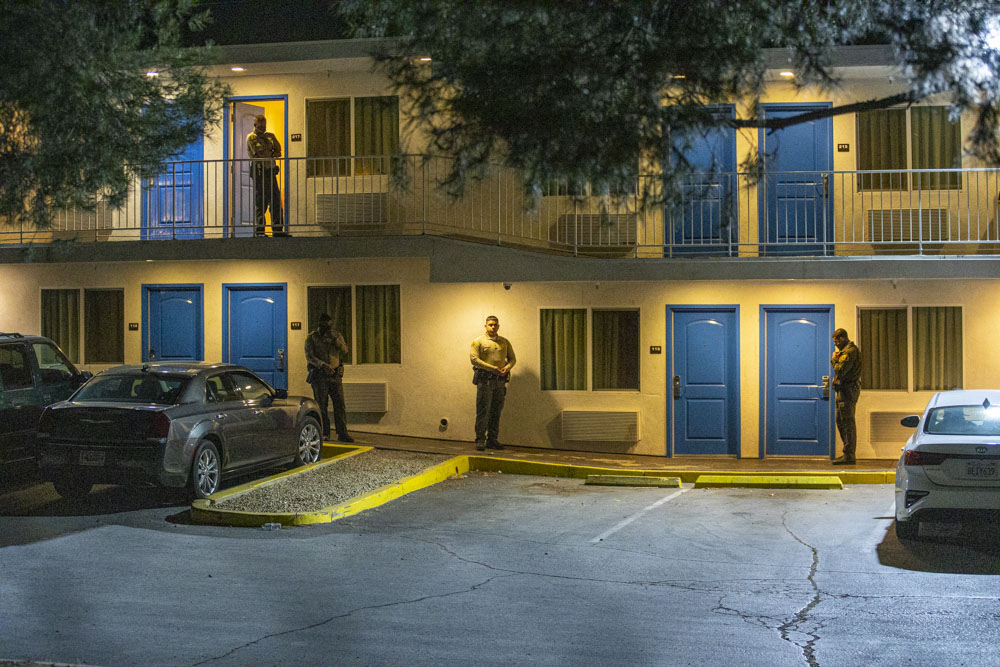 VICTORVILLE, Calif. (VVNG.com) — Homicide detectives are conducting a murder investigation at the Motel 6 in Victorville.

At about 8:43 pm on May 18, 2020, deputies from the Victorville Police Department responded to reports of a stabbing at the Motel 6 in the 16900 block of Stoddard Wells Road in Victorville.

Firefighters from Victorville City Fire performed CPR on an unresponsive male inside a room on the second floor. The male was eventually placed into an ambulance and taken to a local hospital where he was pronounced deceased.

Sheriff’s spokeswoman Cindy Bachman confirmed detectives were conducting an investigation but had no other information available for release.

This is the second murder to happen at this property within eight months. On September 2, 2019, Monica Flores was shot and killed. The suspect, Haywood Ramon Foster, was arrested for her murder.