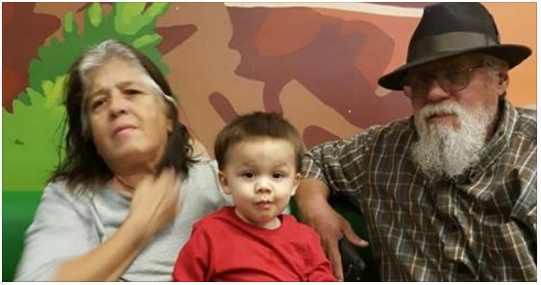 APPLE VALLEY-(VVNG.com):  A family is mourning the loss of their father, husband and grandfather who lost his life

Felix Frank Rivera died on January 29th after being hit by two vehicles when attempting to cross Highway 18.

after being hit by two vehicles on Friday night. Felix Frank Rivera, 63 was on his way to Walmart from his Apple Valley home at about 8:10 p.m. when he stepped into the street crossing in a northerly direction.

Just after entering Highway 18, Rivera was struck by one vehicle causing his body to be thrown several feet, as he landed on the street a second vehicle struck and killed him. When deputies arrived, Rivera was confirmed dead on arrival.

Rivera’s son, John Bustillos told Victor Valley News that his father is a veteran of the U.S. Navy. “He was a hard worker, he supported the family and worked at Bear Valley Fabricators for several years,” said Bustillos. “He was a good man and protected his family the best way he can.”

He is leaving behind a wife of many years, four adult children and six grandchildren that all loved him very much. The family is devastated and now are forced to pick up the pieces and plan for a funeral, as well as life without their loving father, grandfather and husband.

Bustillos said that his mother and father lived on the modest income provided by Social Security benefits prior to his death. The family is raising money to help give him the proper memorial service and burial that he deserves. The son of Rivera has set up a Go Fund Me Account to assist in the upcoming expenses associated with this sudden loss.

Any funds not used for funeral expenses will be used to help his wife financially during the very difficult months ahead.