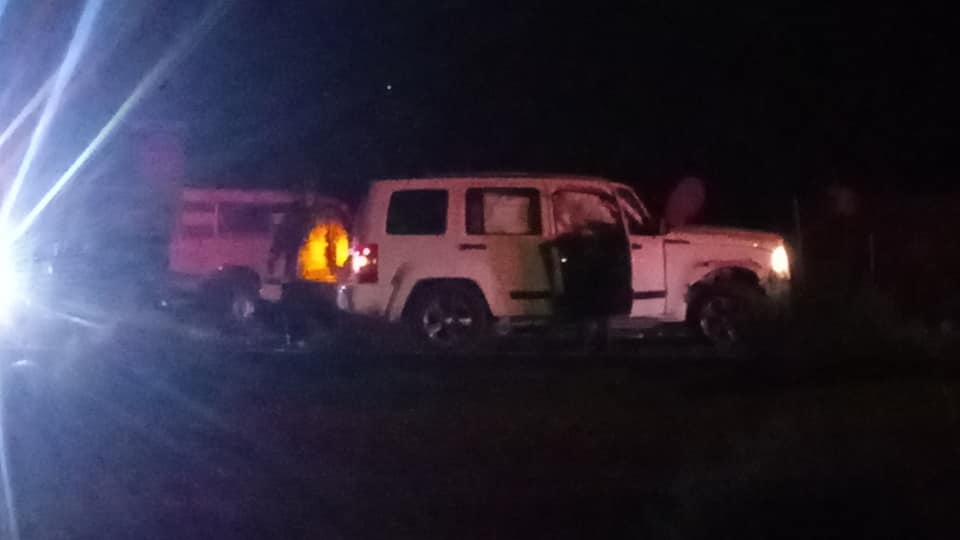 VICTORVILLE, Calif. (VVNG.com) — David Robert Sawyer, 36, was arrested for driving under the influence after leading deputies on a pursuit that ended with a crash Saturday night.

According to a sheriff’s news release, an employee had required Sawyer to leave the bar and Sawyer was reportedly driving around the parking lot displaying erratic behavior.

“Upon arrival, deputies saw the Jeep Sawyer was driving hit a curb and come to a stop in the parking lot. One of the deputies stopped behind Sawyer with his emergency lights activated. Sawyer drove forward over a sidewalk and onto northbound Hesperia Road,” stated the release.

Sawyer failed to yield and led deputies on a pursuit, which ended at Hesperia Road and Forrest Avenue when Sawyer collided with a parked pickup truck.

Officials said he attempted to flee on foot from the collision but was apprehended by deputies.

Sawyer was arrested and booked at High Desert Detention Center for evading with disregard for safety and driving under the influence of alcohol. He is scheduled to appear in Victorville Superior Court on September 4, 2019.

Anyone with information about this investigation is asked to contact Deputy H. Miranda at the Victorville Police Department at (760) 241-2911 or Sheriff’s Dispatch at (760) 956-5001. Callers wishing to remain anonymous are urged to call the We-Tip Hotline at 1-800-78CRIME (27463) or you may leave information on the We-Tip website at www.wetip.com.