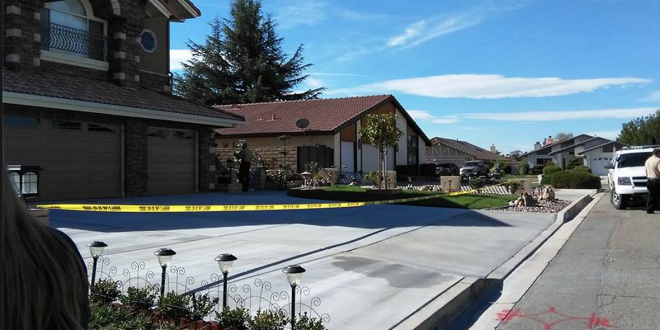 VICTORVILLE-(VVNG.com): On Thursday, October 8, 2015 residents of the typically serene neighborhood were awakened by loud sirens screeching through the air. As neighbors began to awaken they curiously wondered what was the cause of the commotion. Shortly after the sounds of the sirens died down at about 9:15 a.m. deputies and emergency personnel stopped a home on the 14800 block of Fortuna Lane.

On scene witnesses saw a man, identified as 64-year-old Harold Nelson being removed from the home and loaded into a nearby ambulance.

Authorities later determined that Nelson first shot his wife and subsequently shot himself. After turning the gun onto himself, Nelson called 911.

Upon arrival, his wife, 70-year-old, Kum Nelson was located deceased inside the couple’s home.

Sheriff’s Homicide detectives later arrived at the hospital and arrested Nelson on suspicion of murder following a brief interview.

According to court records, Nelson is set to appear at the Victorville Superior court on the morning of Monday, October 26th. He is currently being housed at the West Valley Detention Center in lieu of $1.75 million bail.