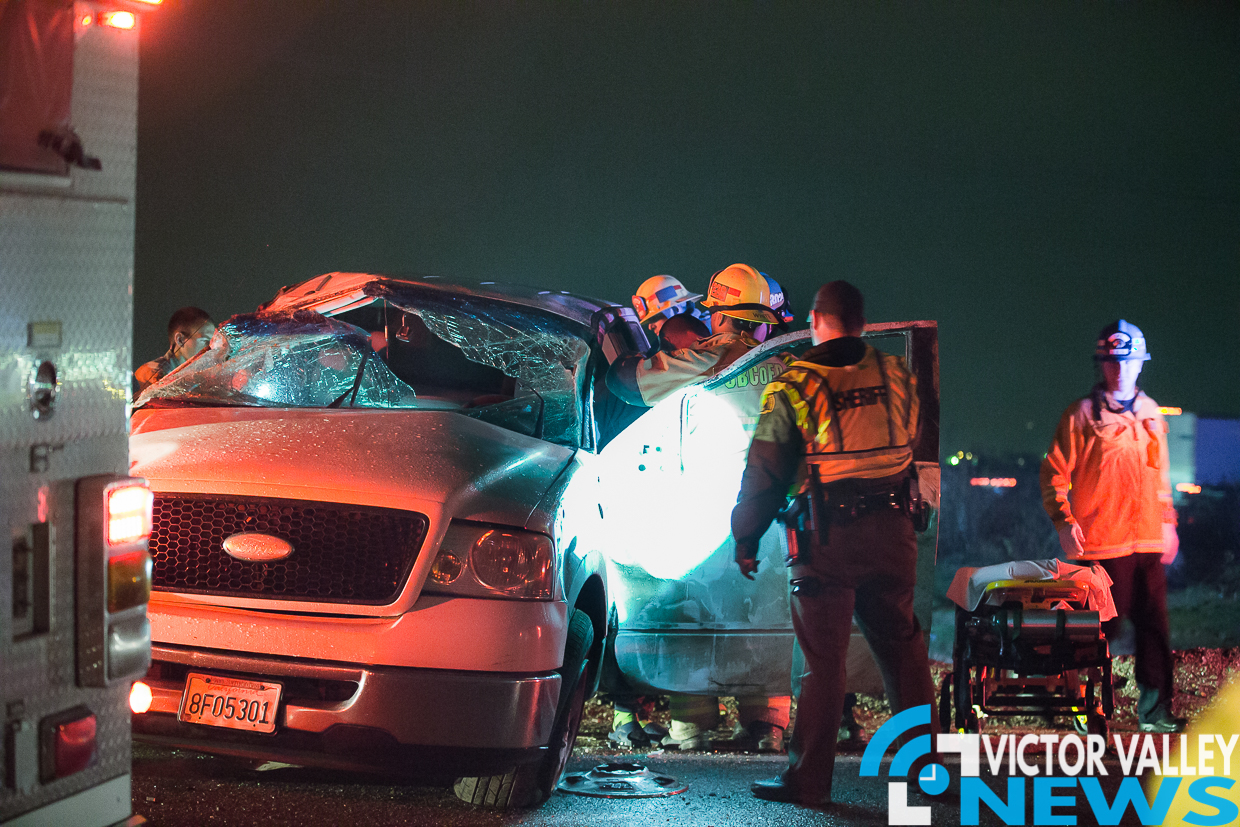 At about 7:25 pm, 911 dispatch received reports of a single vehicle rollover collision on Mariposa Road near Eucalyptus Street in Hesperia.

When authorities arrived on scene, they located a white Ford pickup truck with a male driver sitting inside.

Based on preliminary reports, the vehicle was traveling northbound on Mariposa Road. For unknown reasons, as the truck reached the curve in the roadway the driver lost control causing it to roll.

San Bernardino County Firefighters assisted with removing the driver from the vehicle.

Prior to the rollover collision, deputies were handling a separate single-vehicle crash on Bear Valley Road near Third Avenue involving a minivan. According to deputies, the van was traveling eastbound on Bear Valley Road when it went over the center divider and crashed into a utility pole on the west side of the roadway.

At this time it’s unknown if the rain was a factor in either of the incidents.