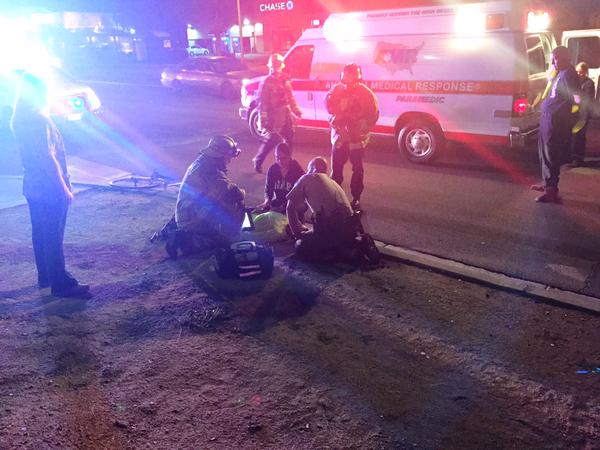 VICTORVILLE-(VVNG.com):  At about 6:50 p.m. dispatch received a report of a bicyclist hit by a vehicle on Hesperia Road just south of Nisqualli Road in Victorville. The bicyclist was described by witnesses as a Hispanic man in his late 20’s to early 30’s. San Bernardino County Sheriff’s deputies that responded to the collision said that the man was responsive and his injuries appeared to be non-life-threatening.

The driver of the vehicle, according to authorities remained at the scene and was cooperative. The man was taken to a local hospital for treatment of his injuries. According to a San Bernardino County Sheriff’s Department Twitter Tweet, a deputy that responded to the call later returned the bike to the grateful bicyclist.