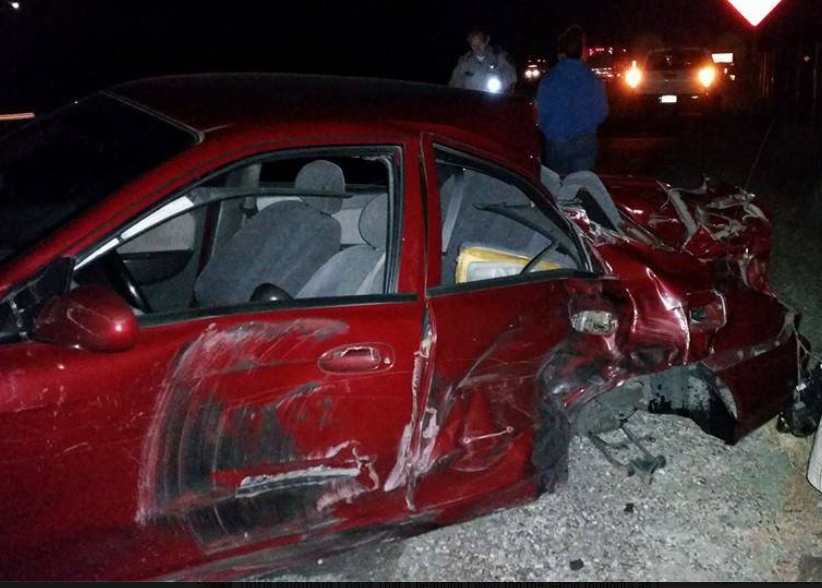 (VVNG.com)- At 3:00 a.m. on the morning of July 11th, 46-year-old Oak Hills resident, David Phillips was driving southbound on the 15 freeway about a quarter-mile past the Highway 395 exit when suddenly he was hit from behind by a “possibly white” tractor-trailer. The trailer then, in a “pit maneuver” type motion continued to spin and push the small red 1999 Kia Sephia down the freeway. The tractor trailer did not stop, they continued on their way showing no regard for the totaled vehicle or the injured person inside of it. Phillips’ vehicle was then hit by a second car that hit him head on then the female driver stopped to assist him.

At approximately 3:30 a.m. an ambulance transported Phillips to Desert Valley Hospital, where he was treated for a concussion, an abrasion requiring stitches to his forehead and an injured, possibly fractured arm.  “My Dad is too humble, and said there are people there who needed the help more than him. So he checked out,” said his son Michael Phillips.

They plan on getting follow-up treatment for Phillips at St. Mary’s Hospital or Loma Linda later this evening.  “He’s been released from the hospital, but still in pretty bad pain. He is probably going to head back to the hospital to get some more tests done,”added Michael Phillips.

They believe two other tractor trailers witnessed the accident but did not stop to provide information. They are hoping to get information from any possible witnesses to help identify the hit and run driver. Phillips was said to be slightly unclear of details after the accident so he was unable to make a definite answer as to the color of the tractor-trailer. “With how bad the car is damaged, I can’t believe he’s still with us,” said Michael.

The tractor-trailer may have front end damage but due to the size the damage may be minimal.  If you have any information you are urged to call the Victorville CHP office at:  760-241-1186 officer #18219

For the latest news, traffic, and much more join our FB group ‘VVNG” with over 44,000 members www.facebook.com/groups/victorvalleynews 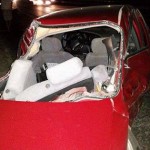 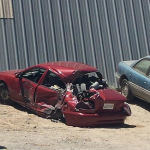 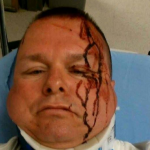