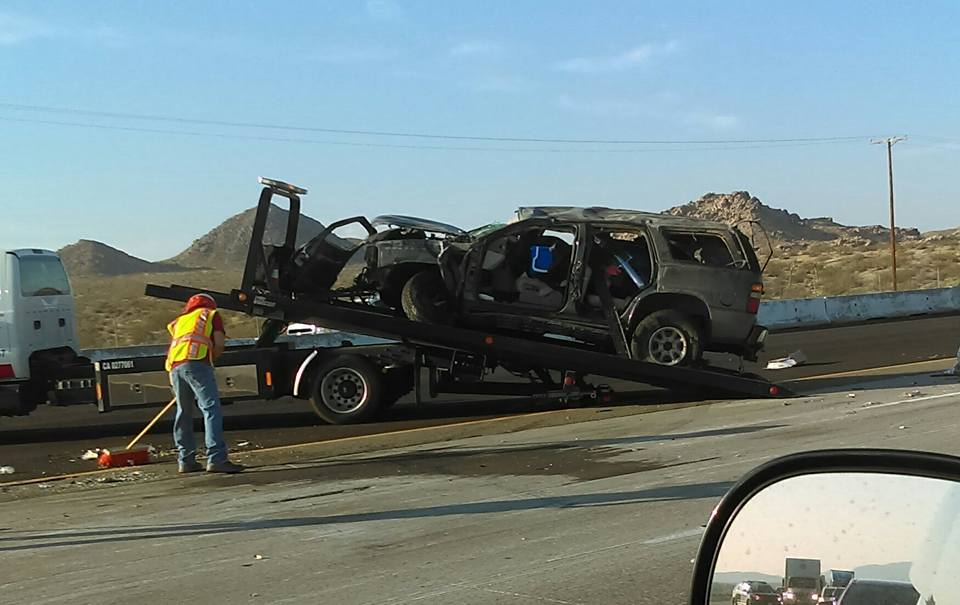 When units arrived on scene they located an overturned Chevy Tahoe with major damage and blocking two lanes of traffic.

The 33-year-old male driver sustained major injuries including contusions to his leg, arms, and head. Per scanner traffic, the driver was transported to Desert Valley Hospital before being airlifted to Arrowhead Regional Medical Center.

According to the California Highway Patrol incident logs, prior to the crash dispatch received reports stating the vehicle was driving recklessly.

The crash remains under investigation by the Victorville CHP office.

The rollover crash caused traffic to back up for several miles. (photo by Roger Chapman)