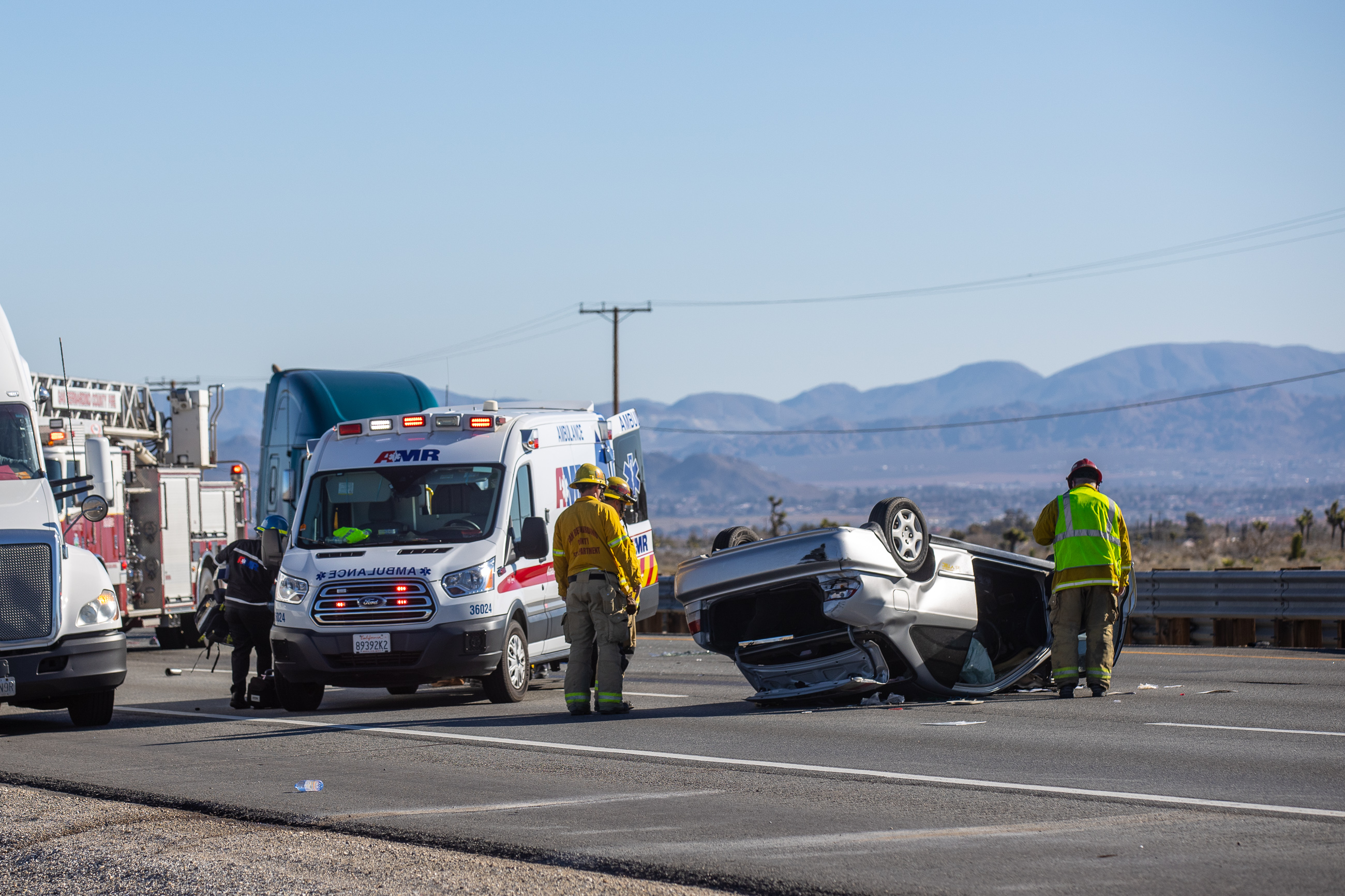 VICTORVILLE, Calif. (VVNG.com) — A man was transported to a local hospital after his vehicle overturned on the I-15 freeway Wednesday morning.

It happened at about 9:19 am, on the southbound I-15, about half a mile south of Main Street.

For reasons still under investigation, a silver Honda Civic struck the rear driver side of a semi, causing the vehicle to overturn and block several lanes of traffic.

The driver of the semi told Victor Valley News he was on his way to park his truck at the nearby Pilot.

“I was in the slow lane doing about 55 mph and suddenly my truck jolted. I looked in my mirror and saw the car flipping over,” stated the driver who lives in Hesperia.

Several people stopped to check on the driver of the overturned vehicle including registered nurse Lisa Painter, of Barstow.

Lisa said she pulled over and climbed thru the chain linked perimeter fence along the freeway and assisted in getting the driver out of the vehicle.

The male driver of the Honda sustained a major gash over his eye and was complaining of neck pain. He was transported by ground ambulance to a local hospital for further treatment.

Southbound traffic was backed up for several miles due to the accident blocking all lanes. A CHP officer used his patrol vehicle to push the vehicle onto the shoulder, allowing another lane of traffic to open.

The driver of the semi was shaken up but uninjured.

The cause of the accident is currently under investigation by the California Highway Patrol Victorville Station.