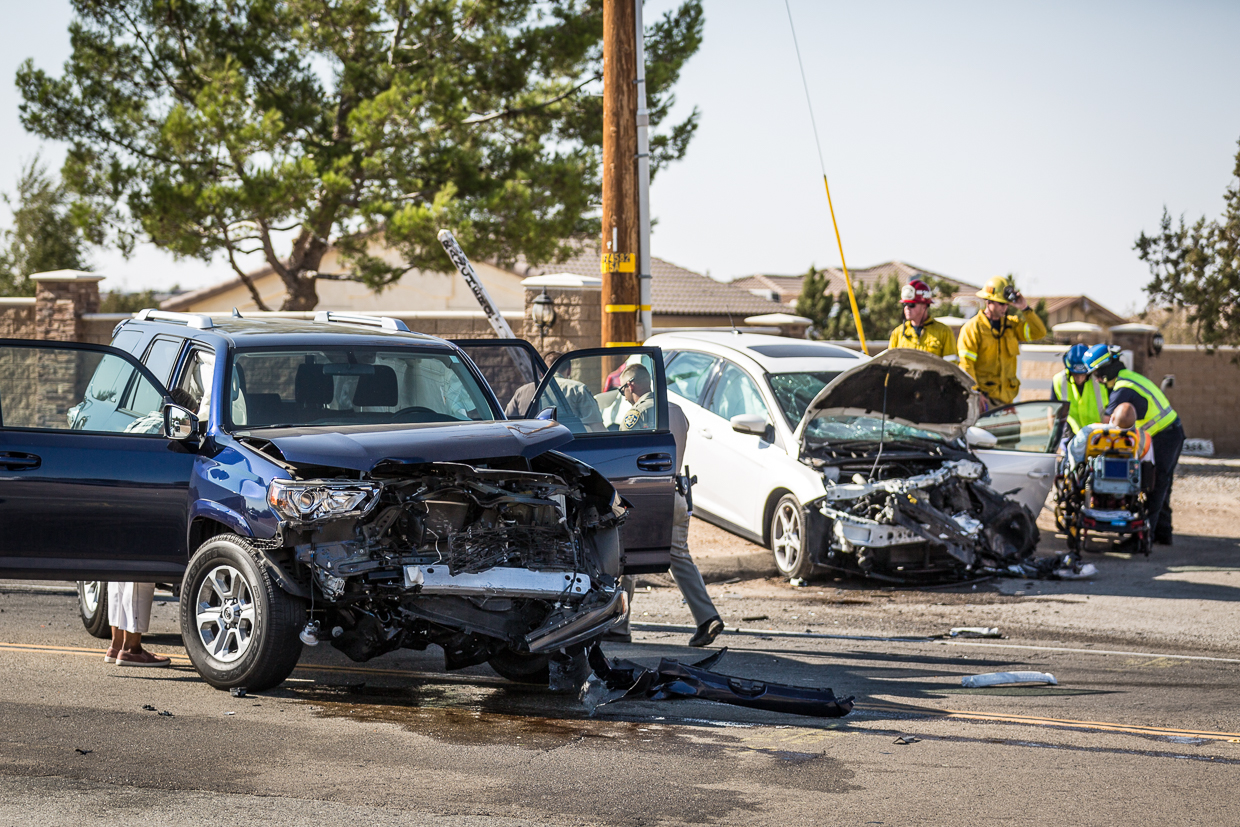 HESPERIA, Calif. (VVNG.com) — A man was transported to a local hospital following a head-on crash in Hesperia Saturday afternoon.

The crash occurred in the westbound lanes of Ranchero Road at the intersection of Kuki Street at about 4:20 p.m. on August 18, 2018.

The driver of the white sedan was transported to a local hospital with non-life threatening injuries. 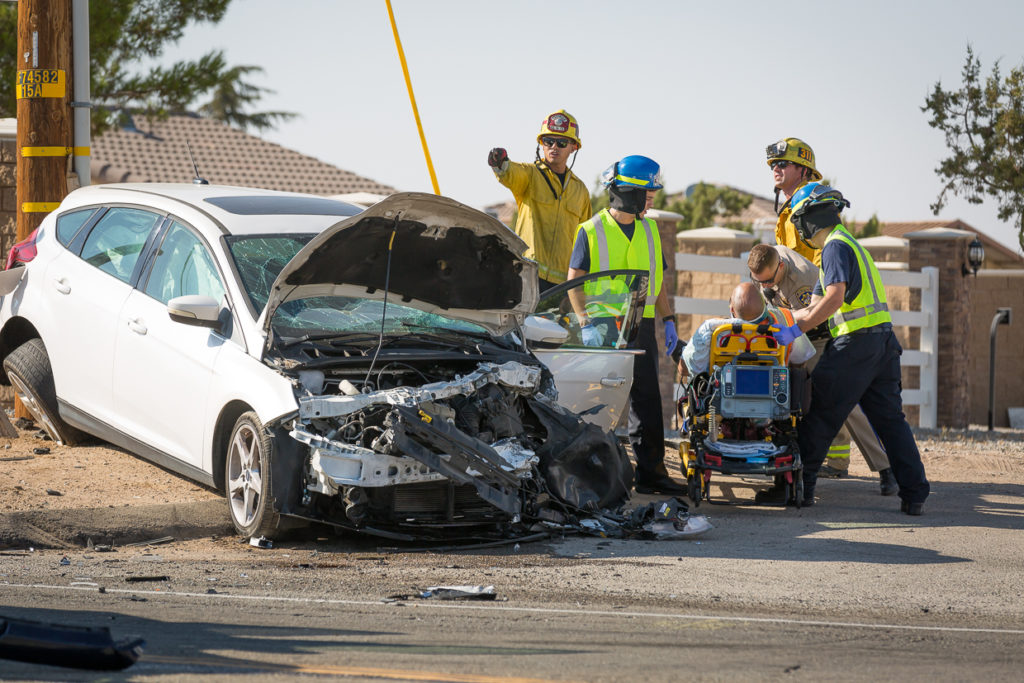 A man was injured in a head-on crash on Ranchero Road in Hesperia. (Gabriel D. Espinoza, Victor Valley News)