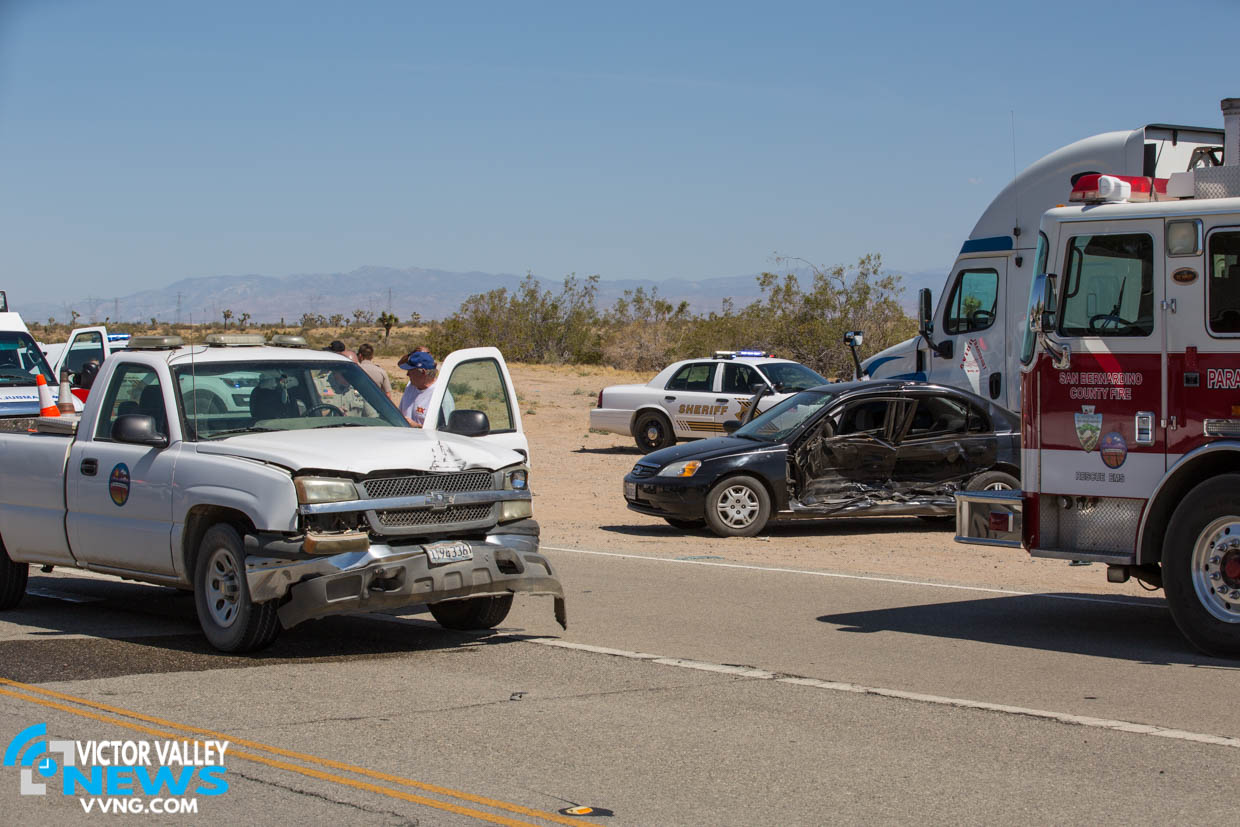 At around  3:00 p.m, dispatch received reports of a traffic collision at the intersection of Stevens Road and Air Expressway just west of Highway 395.

A black Honda was traveling southbound on Stevens Road and failed to stop for the city work truck that was traveling westbound on Air Express Way, Deputy Page confirmed.

The Honda sustained damage to the driver side door. The impact caused the vehicle to rest against a parked tractor-trailer.

The road will be temporarily closed for a brief investigation. The Victor Valley Sheriff’s Station is handling the incident. 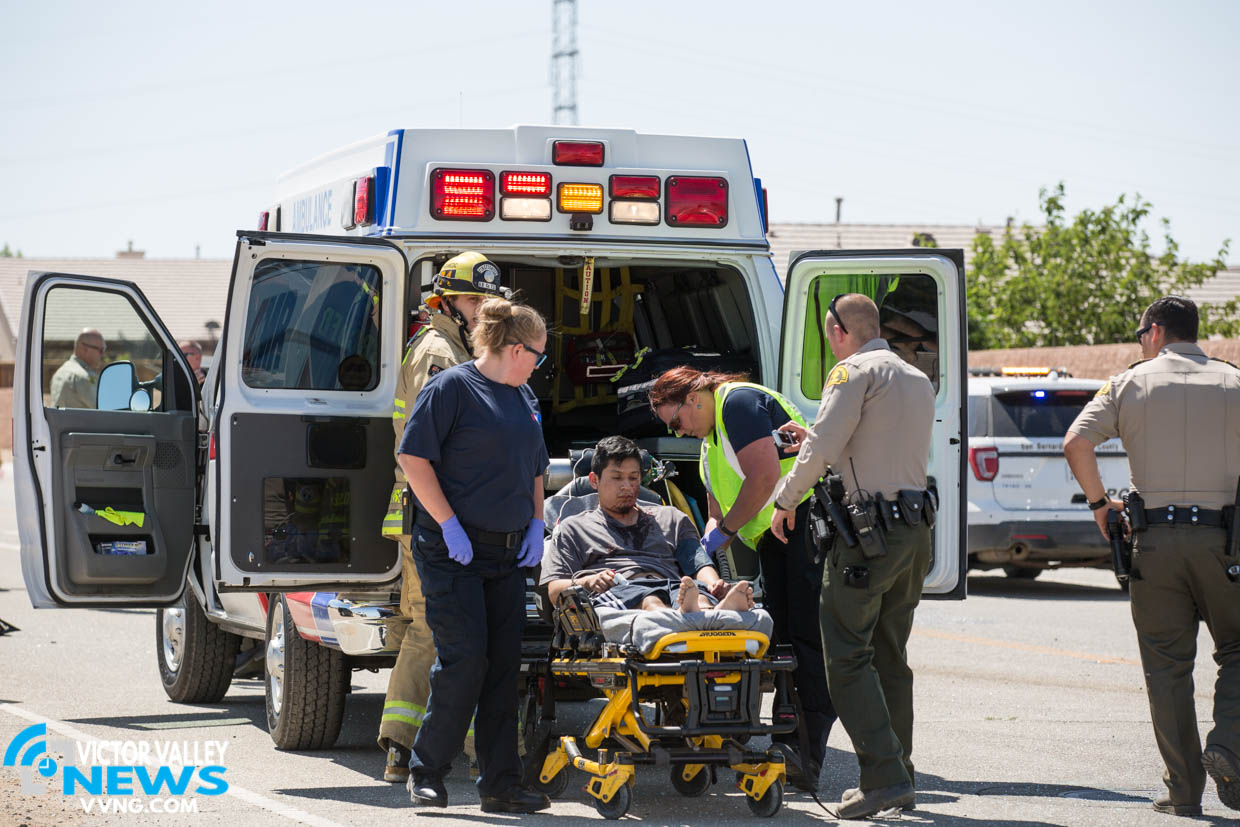 The driver of the Honda suffered facial wounds and was transported to a local hospital as a precaution. (Hugo C. Valdez, Victor Valley News)