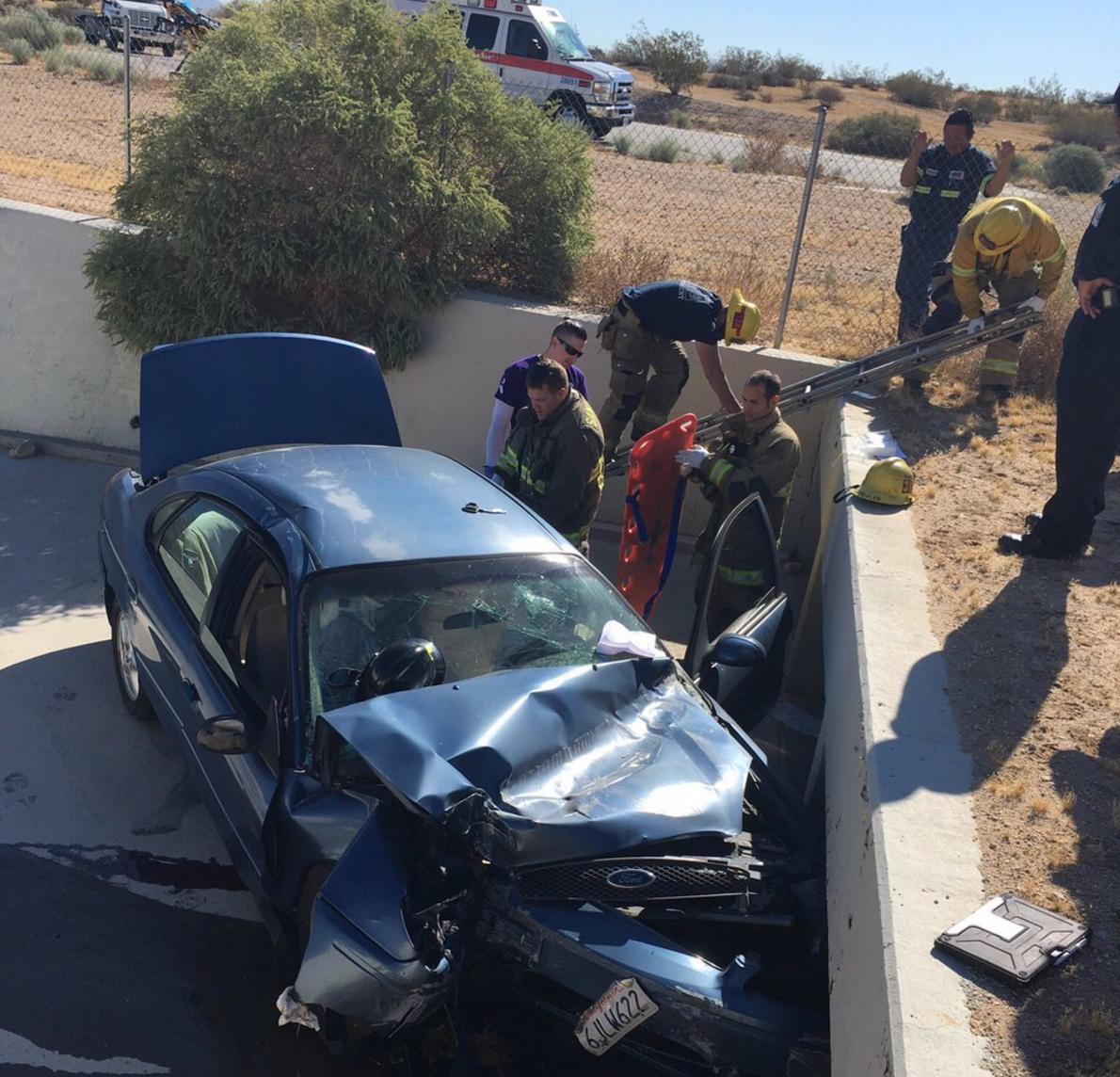 VICTORVILLE-(VVNG.com): A 66-year-old man was injured after his vehicle veered off the roadway and landed in a wash Wednesday morning.

Just before 8:50 a.m. Victorville station deputies and Medics with the San Bernardino County Fire Department responded to the report of a vehicle hitting a pole and going into the wash near El Evado Road and Hopland Street.

A deputy in the area arrived within a minute of the report, locating a male driver trapped in a blue Ford Taurus.

According to Sheriff’s officials, the man was heading northbound on El Evado Road and attempted to make a right turn onto Hopland Street. The male driver misjudged the distance from the turn causing the vehicle to jump the curb, crash through the fence ultimately landing in the wash.

The man was  removed from the vehicle after a quick extrication and was taken to a trauma center by ground for the treatment non-life-threatening injuries.

No other injuries were reported as a result of this collision.