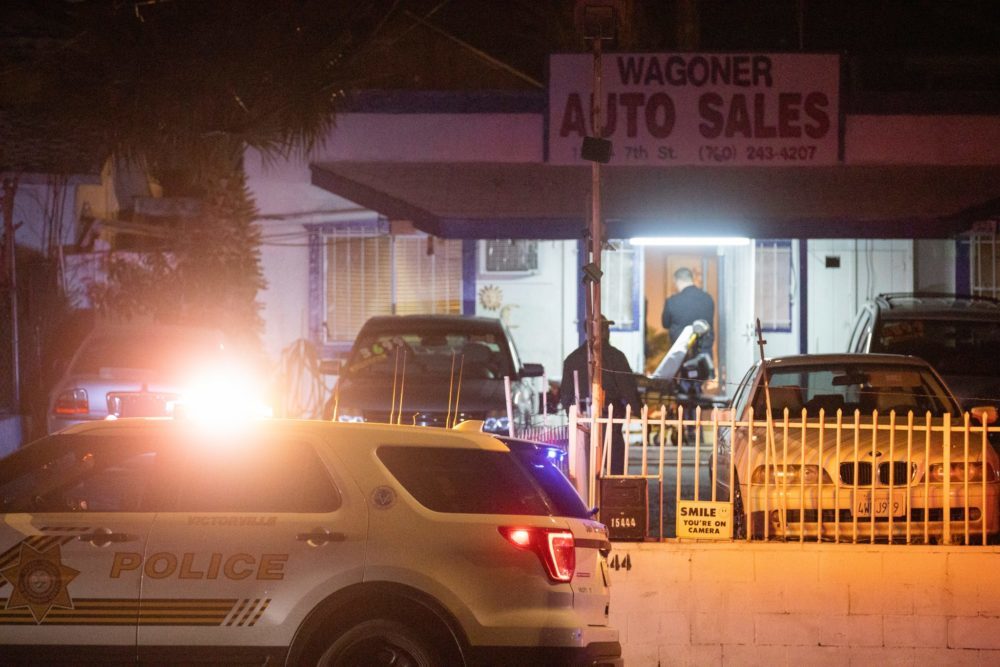 VICTORVILLE, Calif. (VVNG.com) — Authorities are searching for a 28-year-old suspect who carjacked and stabbed a man at a used car dealership in old town Victorville.

Sheriff’s officials said the suspect, identified as Cadero King, approached the victim while he was in his vehicle, hit the victim in the face with a gun and then cut him with a knife before taking his vehicle.

Sheriff’s spokeswoman Cindy Bachman said the suspect and victim are known to one another.

The victim didn’t suffer life-threatening injuries and after being evaluated by paramedics, declined medical transportation.

Bachman said the vehicle is described as a 2003 light blue, 4 door, BMW with chrome rims.