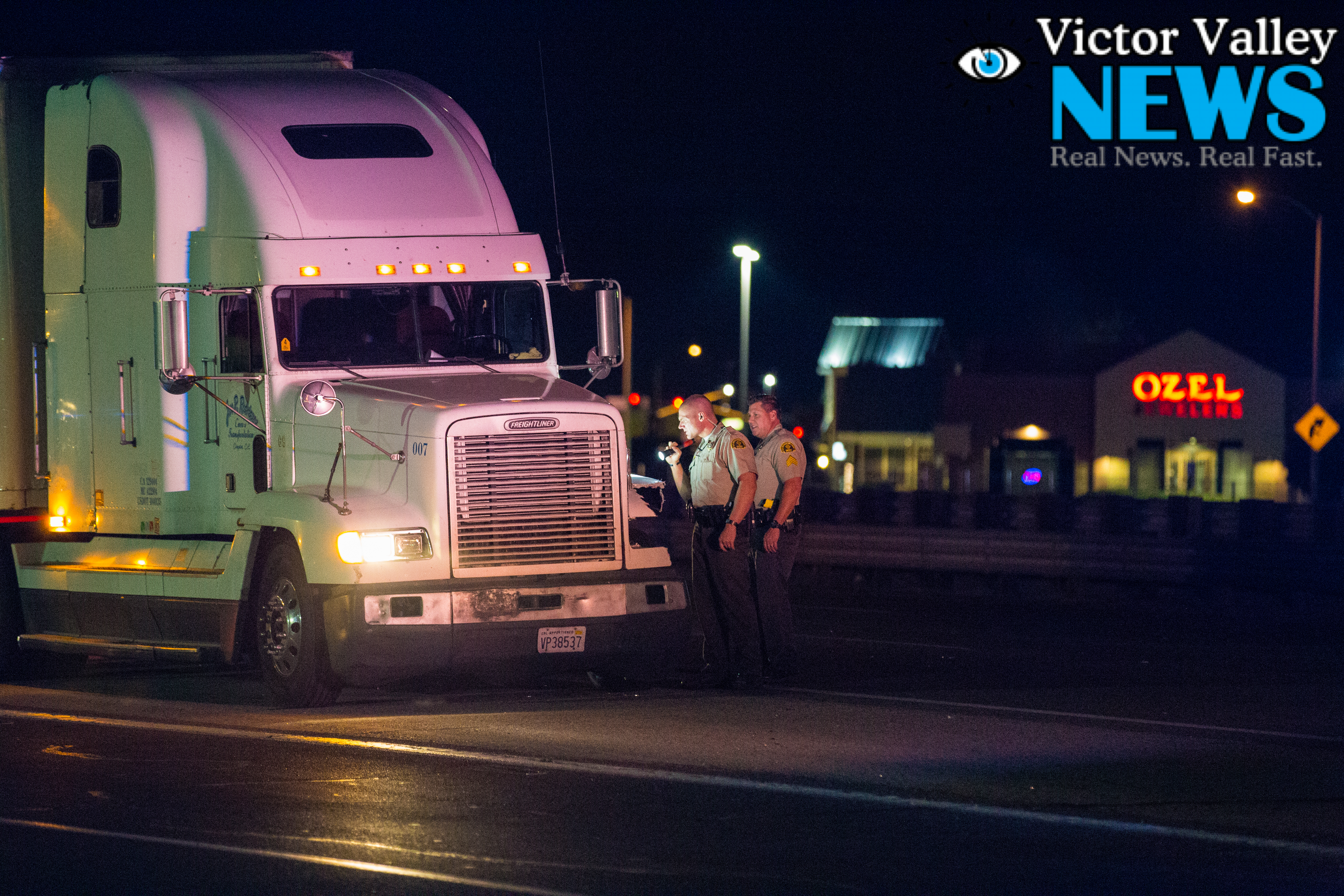 VICTORVILLE-(VVNG.com): The San Bernardino Coroners Department has released the identity of a 54-year-old man who was struck and killed on the I-15 northbound while attempting to cross the busy freeway.

The fatal incident occurred on Sunday, August 23, 2015 at about 11:20 p.m., the man now identified as Daryn Mickle, of Victorville was found deceased in the center divider north of the Bear Valley Road overpass.

Per scanner traffic, the driver of a semi-truck reported that he saw a man crossing the freeway and attempted to avoid him, but possibly hit him. The man was located by CHP officers in the #1 lane near the center divider and was pronounced dead at the scene.

At this time authorities have not stated why the man was on the freeway.

The incident is still under investigation by the California Highway Patrol.