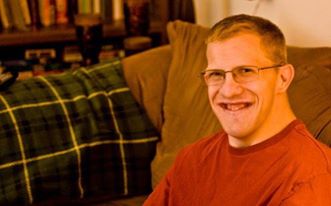 VICTORVILLE, CA:(VVNG.com)– A 29-year-old Victorville man who was struck by a vehicle on Highway 395 has succumbed to his injuries.

On Tuesday, October 11, 2016, at about 10:10 a.m., dispatch received a report of a major injury collision between a bicyclist and a vehicle that had just occurred at the intersection of Highway 395 and Dos Palmas.

Officers and personnel from the San Bernardino County Fire Department responded and located Charles Staples lying on the shoulder unconscious with major injuries. Authorities say Charles was thrown approximately 100 feet from where the impact occurred.

According to the San Bernardino Coroner’s office, Charles was crossing Highway 395 at Dos Palmas Road on foot when he was struck by a vehicle.

The driver of the involved vehicle, a 2004 white Cadillac Sedan was transported to a local hospital for complaint of pain from the airbags being deployed.

Charles was airlifted to Arrowhead Regional Medical Center for the treatment of his life-threatening injuries. On Thursday, October 13th, two days after the accident, Staples was pronounced dead.

On October 13th the sister of Charles Staples posted an update on his Facebook page saying,

“At 4am this morning, Charles left us. If you would like to still come by our family still welcomes you. Charles wanted to donate his organs to help others so the hospital will keep him hooked the machines, until donors are in place. Thank you so much to all the kind words and love, we appreciate you all.”