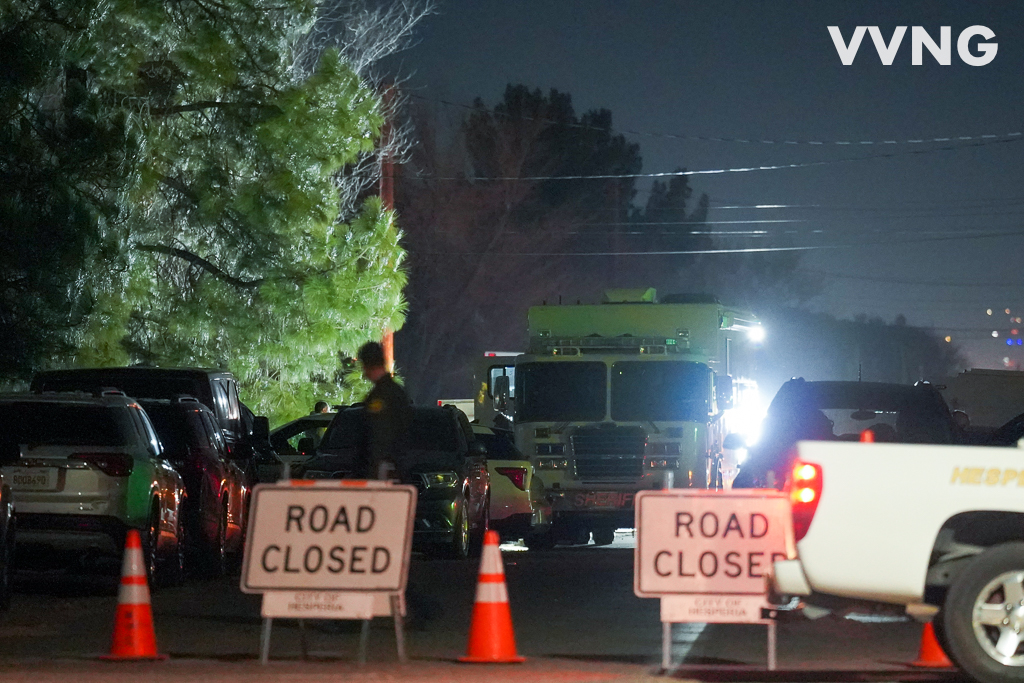 HESPERIA, Calif. (VVNG.com) — Authorities shut down a stretch of Orange Street in Hesperia due to a barricaded suspect that prompted a response from the SWAT team.

At about 10:33 pm, on Monday, deputies from the Hesperia Police Department responded to the 15000 block of Orange Street for a man with a gun call.

Members of the Victor Valley News Group VVNG.com Facebook group commented about the incident and reported deputies closed the street and a helicopter circled above. Deputies gave the suspect commands over a speaker including telling him to come out with his hands up.

At about 9:00 am, a group member commented and said the door and fence of the residence had been knocked down and yellow tape was put up. Neighbors said a young couple with children live at the incident location.

Sheriff’s spokeswoman Mara Rodriguez told VVNG the investigation is active and there is no information available at this time.