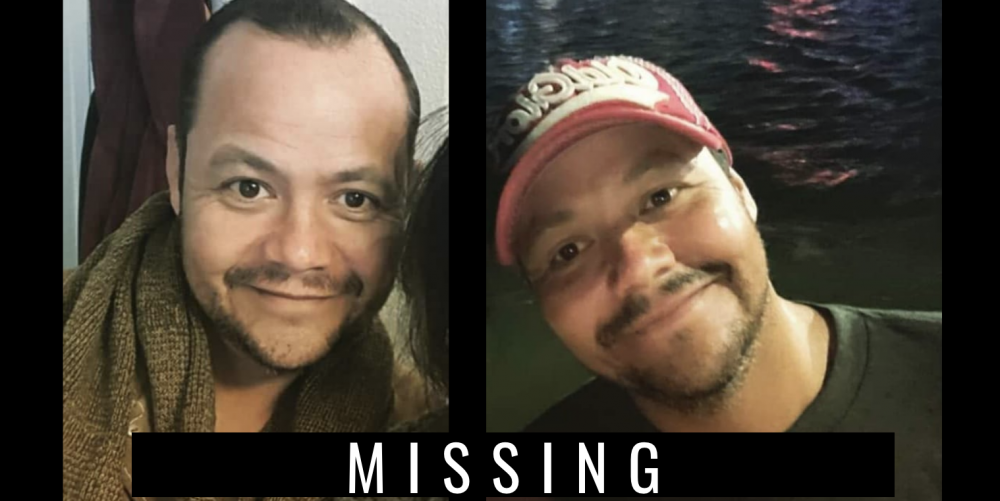 UPDATE @ 10:15 pm — Thanks to quick networking from the community Frank was located at a hospital down the hill and is in stable condition. No other information was available for release.

VICTORVILLE, Calif. (VVNG.com) — A concerned wife is asking for the public’s help in finding her husband who’s been missing since he was discharged from a local hospital early this morning.

Frank Gregory, 48, a resident of Victorville, was discharged from St. Mary’s Hospital at about 6:00 am, on Sunday morning. His last reported sighting was at about 11:00 am near the corner of Apple Valley Road and Highway 18, according to his wife Laura.

Frank is 5’10”, he was last seen wearing a red hat (as seen in photograph), a dark navy t-shirt, charcoal gray shorts, black socks, and red Van’s shoes. His wife said he has an injury to the left side of his face and his cuts on his right hands.

Frank’s family have been searching for him in areas that he may have walked to, based on his current mental state.

“He is in pretty rough shape physically and mentally right now and we are all very worried. He is not a danger to anyone but could be a danger to himself right now,” stated Laura.

Frank’s home is in the area of Luna and Amethyst Roads, near Highway 395 in Victorville. Anyone with information on his whereabouts is asked to call the Victorville Police Department at 760-241-2911.