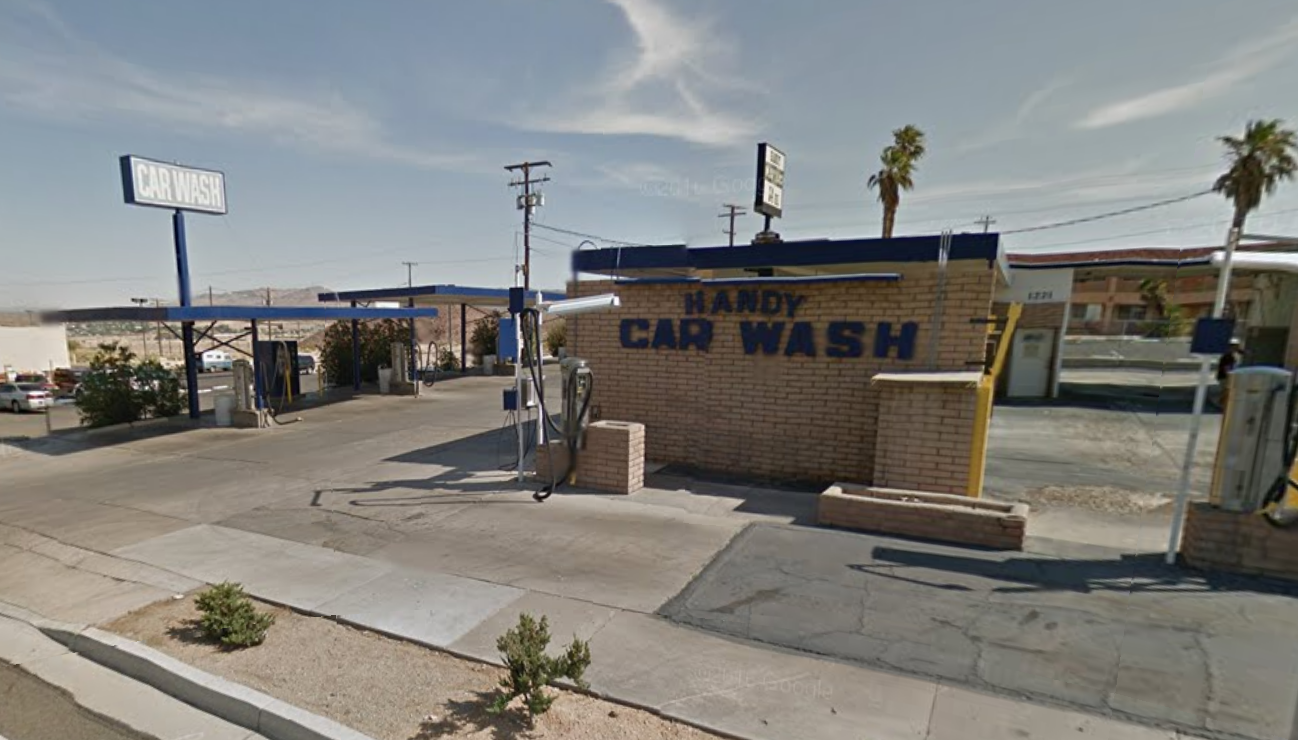 BARSTOW, Calif: (VVNG.com)- The Barstow Police Department are actively investigating a murder after the body of a male was discovered Tuesday morning.

On August 16, 2016, at approximately 3:50 AM, Barstow Police Department Dispatch Center received a call from a citizen reporting that a man had been shot at the Handy Carwash located at 1221 East Main Street.

When Barstow Police officers arrived, they located an unidentified male adult suffering from a gunshot wound. Officers rendered first aid to the victim until paramedics arrived.

Barstow Fire District paramedics responded to the scene and provided medical aid to the victim, however, the unidentified male was pronounced deceased.

Barstow Police Homicide Detectives and Crime Scene Investigators responded to the scene and assumed the investigation.

As of 10:00 AM, authorities have not released any possible suspect information.

Anyone with information regarding this investigation is urged to contact the Barstow Police Department at 760-256-2211 or Detective Andrew Reyes at (760) 255-5183. Callers wishing to remain anonymous are urged to call the We-tip Hotline at 1-800-78-CRIME (27463) or you may leave information on the We-Tip Hotline at www.wetip.com.