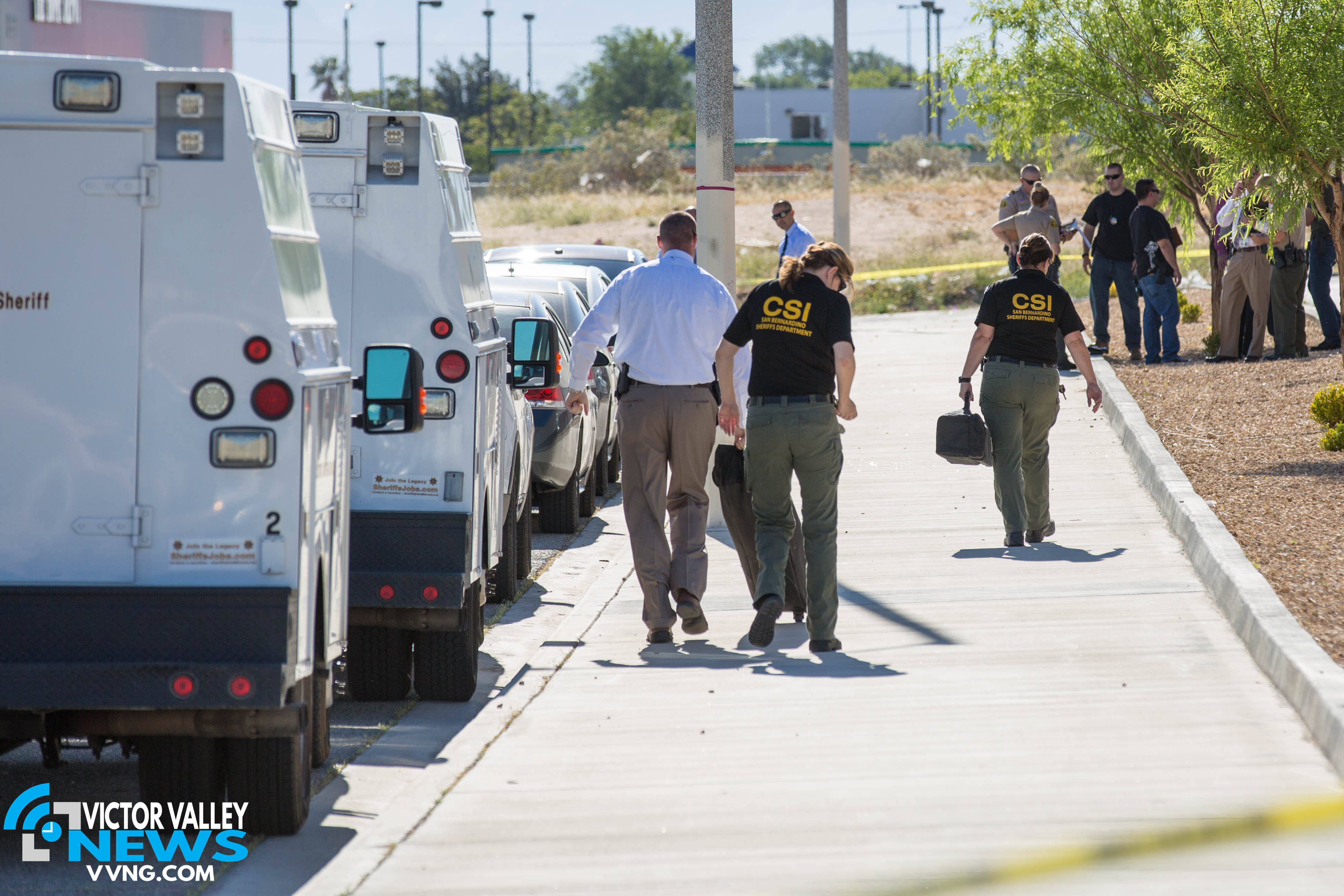 VICTORVILLE, Calif. (VVNG.com) A man was found shot to death behind a grocery store Wednesday morning and authorities are calling it a homicide.

At around 6:05 a.m., a person called Sheriff’s Dispatch to report an unresponsive male behind the El Super grocery store located at 14950 Bear Valley Road.

Deputies from the Victorville station responded and immediately launched a death investigation after discovering the man suffered a fatal gunshot wound.

A large area of the field behind the store was closed off with crime scene tape and the Sheriff’s Homicide Detail was requested to assume the investigation.

“The investigation is very active and the Homicide Investigators have not provided us with details at this time,” said Sheriff’s Spokeswoman Cindy Bachman.

Per scanner traffic the victim was described as black male, but authorities remained tight-lipped on any further details.

Be sure to join our group on Facebook with over 97,000 members VICTOR VALLEY NEWS.