VICTORVILLE, Calif. (VVNG.com) Homicide detectives are investigating a possible murder after a man was found dead on a sidewalk early Tuesday.

Victorville sheriff’s deputies responded to the area of Silver Lake Place and Camelback Drive at about 12:45 a.m., after receiving reports of a disturbance in the area.

When deputies arrived, they located an unresponsive Hispanic male in his 40’s down on the sidewalk. He was pronounced deceased at 1:00 a.m., scanner traffic reported.

According to a witness who asked to remain anonymous, she heard a commotion between several males that involved loud shouting. Moments later several vehicles were seen speeding off.

According to sheriff’s officials at the scene, homicide detectives will respond and assume the investigation. 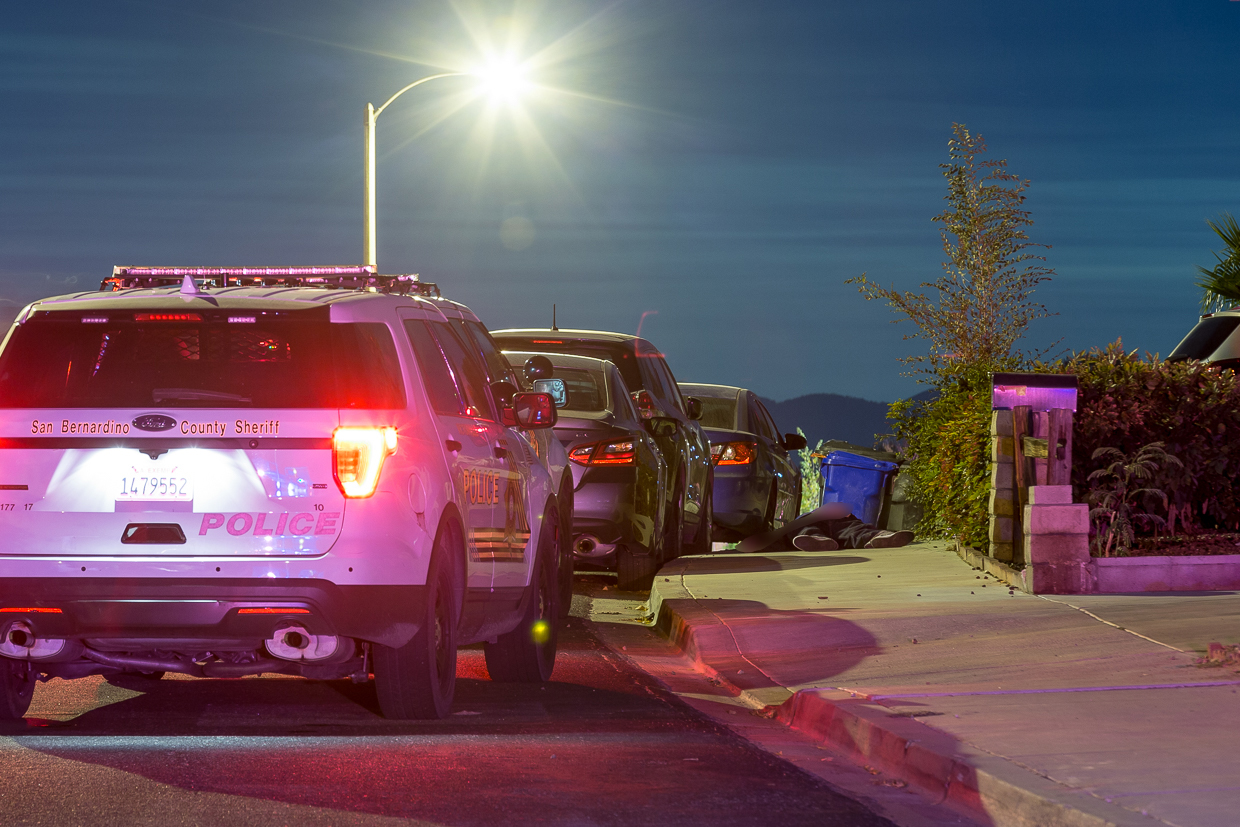