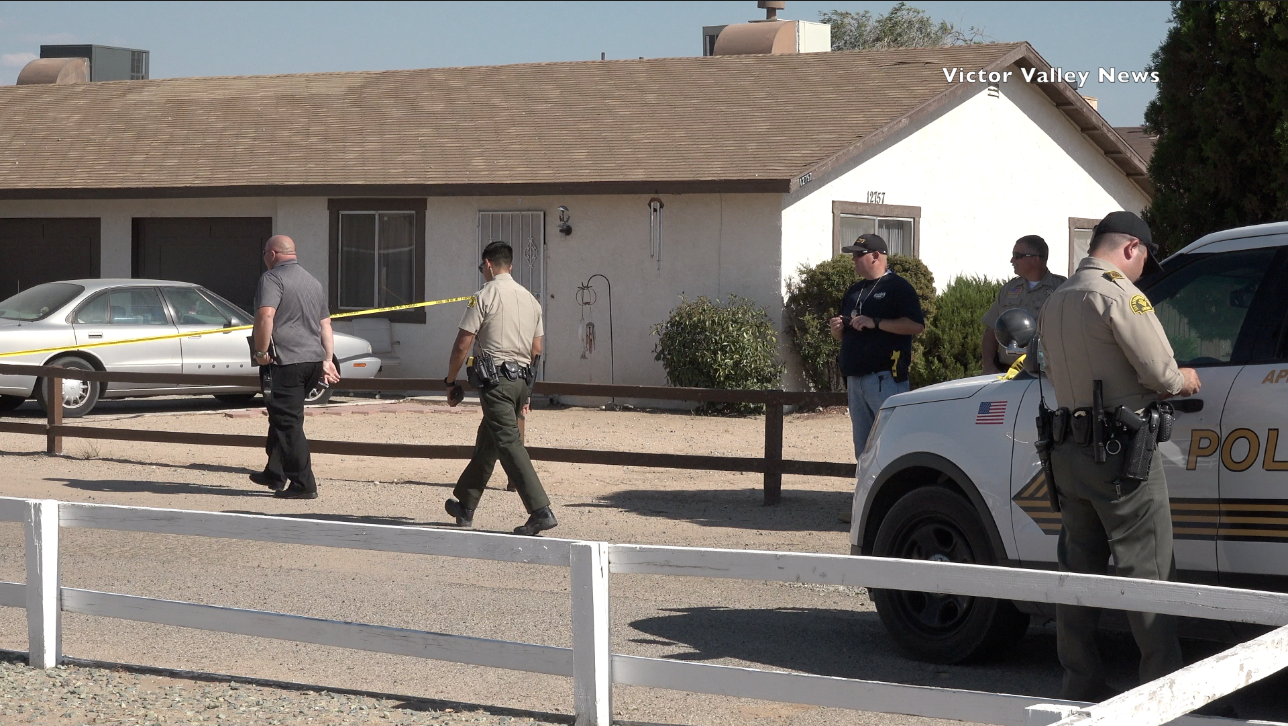 APPLE VALLEY, Calif. (VVNG.com) The San Bernardino County Sheriff’s Department is conducting a homicide investigation in Apple Valley after a man was found dead in a duplex.

The call came in at 3:50 p.m. Saturday for a person shot inside a home in the 12700 block of Kiowa Road, just north of Little Beaver Road.

Sheriff’s officials told Victor Valley News they received a call from a woman who was checking up on the man when she found him dead.

Scanner traffic reported the man appeared to have been shot multiple times and was already deceased when medical personnel arrived.

“Every night we hear fireworks going off, so if we did hear gunshots we might have mistaken them for fireworks,” a neighbor said.

Neighbors say their duplexes are generally quiet and everyone keeps to themselves.

The investigation is ongoing, more details will be released as they become available.