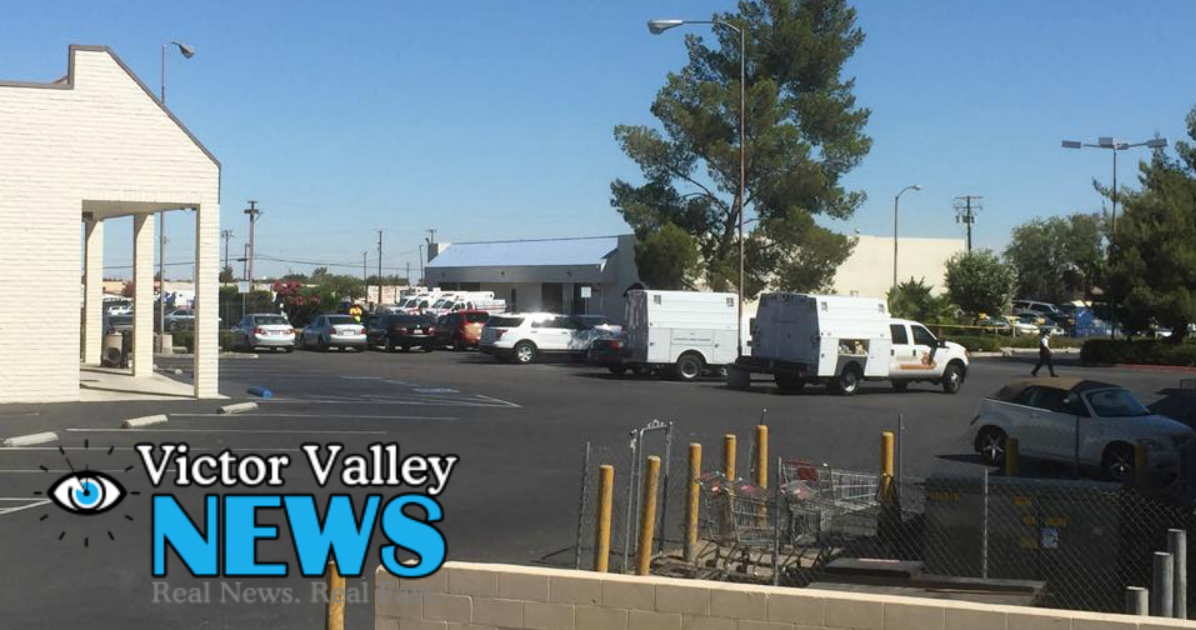 VICTORVILLE-(VVNG.com): The body of a 51-year-old Victorville man was located in the King’s Ranch Market shopping center in the 14800 block of Seventh Street on Monday, July 13 at about 4:20 a.m. The shocking discovery of the body, laying face up on the pavement just feet from the market entrance prompted an immediate street closure to conduct a homicide investigation.

The street closure from 7th Street from Desert Knoll Drive to Victor Street in both directions lasted until about 4:30 p.m. on the usually high-traffic street causing drivers to use detours.

The uncovered body of the man, identified as Kevin Lucas remained on the pavement deceased from undisclosed causes for several hours as homicide detectives collected evidence. According to authorities, the death was suspicious, but they would not comment further as to why.

The cause of death is not released at this time and an autopsy will be conducted in the days ahead according to the San Bernardino Coroner’s officials.

The investigation is still ongoing and detectives with the San Bernardino County Sheriff’s Department, Victorville Station are asking anyone with information to call (909)387-3589 or to remain anonymous (800)78-CRIME.