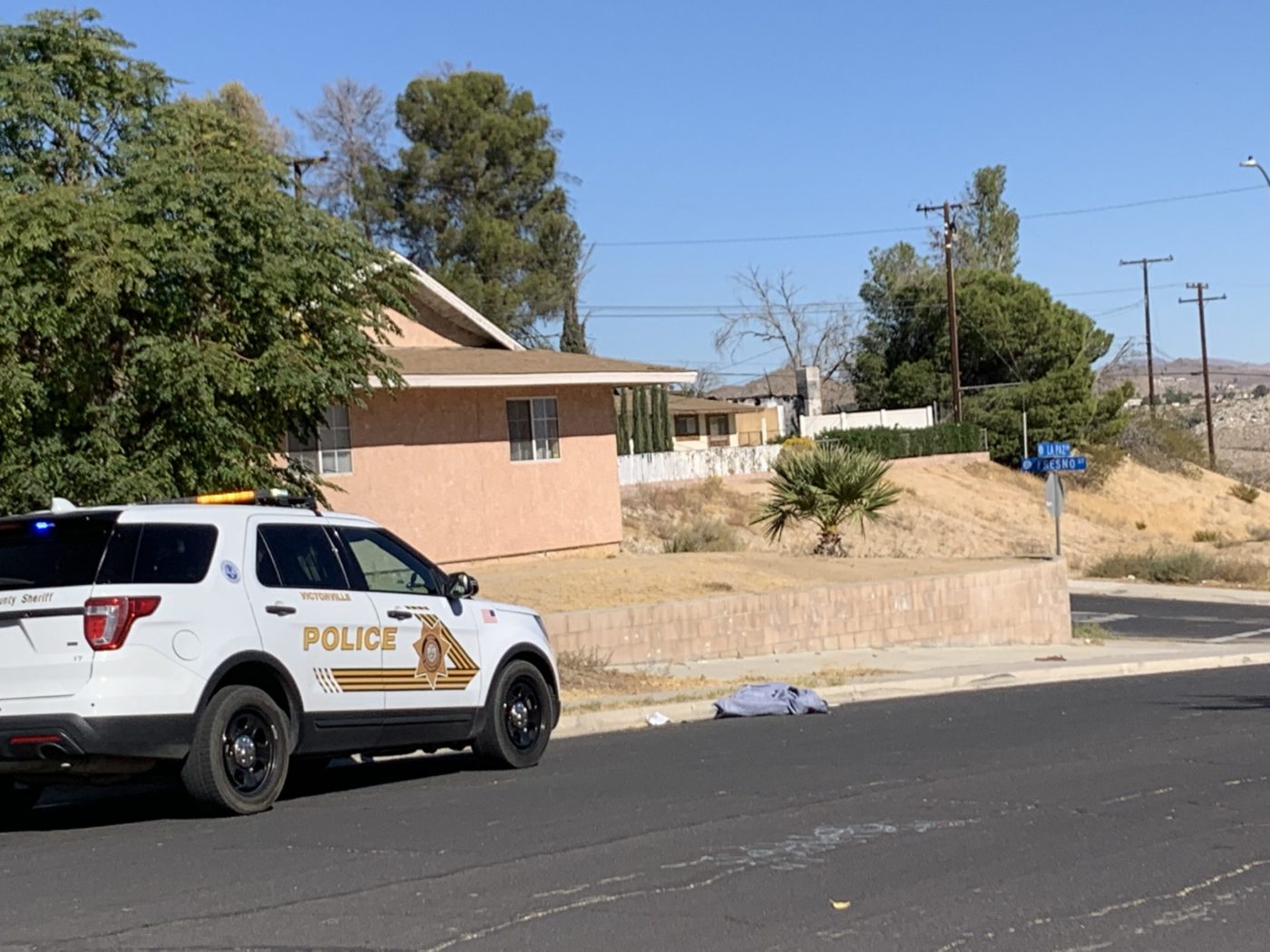 A Victorville deputy waiting in his patrol vehicle for the coroner to arrive. (Hugo C. Valdez, VVNG.com)

VICTORVILLE, Calif. (VVNG.com) — A man believed to be homeless was found dead near a sidewalk in a Victorville neighborhood on Tuesday.

The man’s body was found lying in the street and was covered with a blanket. A deputy waited nearby inside his patrol vehicle for the coroner to arrive.

Rodriguez said the coroner investigator was on scene and had no further details.