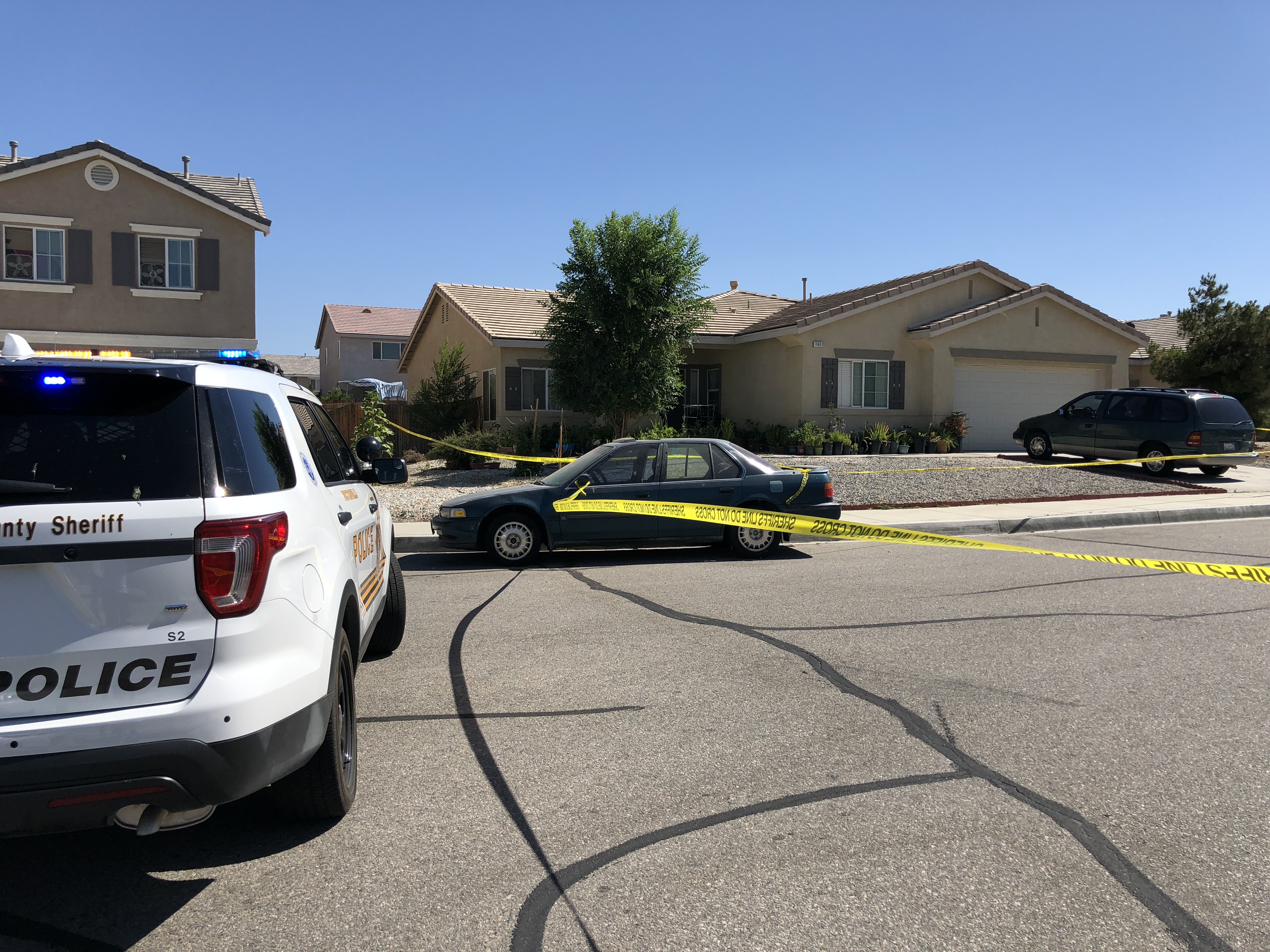 VICTORVILLE, Calif. (VVNG.com) — Detectives along with deputies are conducting a death investigation at a Victorville home here Thursday.

The on-going investigation involves a residence in the 14600 block of Apache Way, just off El Evado Road.

Sheriff’s officials at the scene are remaining tight lipped about the incident but confirmed there was one deceased person inside the residence.

“A homicide team was requested to the scene on Apache Dr. It is a death investigation at this time; caller stated a male was found deceased in the home,” stated Sheriff’s spokeswoman Cindy Bachman.

Officials have placed crime scene tape surrounding the residence as well as into Apache Drive blocking off traffic between Indian Wells Drive and Aztec Street.

Neighbors spoke with Victor Valley News said, a very nice couple live at the residence and are always having yard sales. Neighbors also said they don’t recall any problems with the home in question.

“I just want to know what happened. I’m seeing all these police and crime scene tape and I don’t know if we should be worried,” stated one neighbor who did not want to be identified!