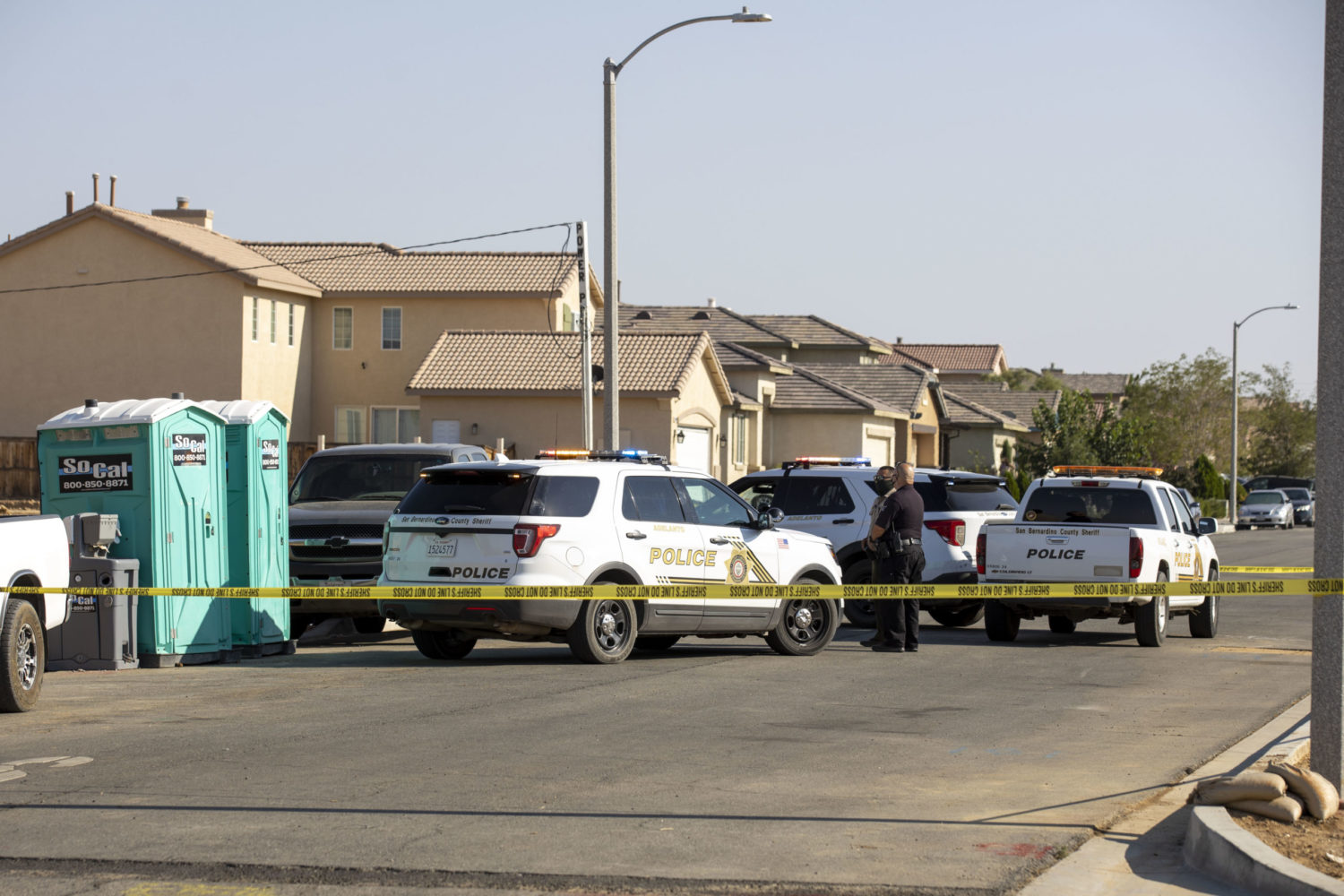 ADELANTO, Calif. (VVNG.com) — Sheriff’s officials said no foul play is suspected after a man was found dead inside a pick-up truck near a construction site in Adelanto.

At about 3:08 PM on Wednesday, September 2, 2020, deputies from the Adelanto sheriff’s station responded to the area of Nicoles Way and Seneca Road.

Deputies arrived and located the truck parked along the south shoulder next to a couple of portable restrooms, used by workers building the new homes.

Sheriff’s spokeswoman Jodi Miller said the coroner responded to the scene and it was unknown how long the male had been deceased inside the vehicle. Miller said the person who reported the incident appeared to be a passerby that observed the man in the vehicle.

“Homicide has not been requested to respond, there is no sign of foul play,” stated Miller.

The identity of the deceased will be released by the San Bernardino County Coroner pending notification of next of kin.

Related Topics:Adelantodeath investigation
Up Next