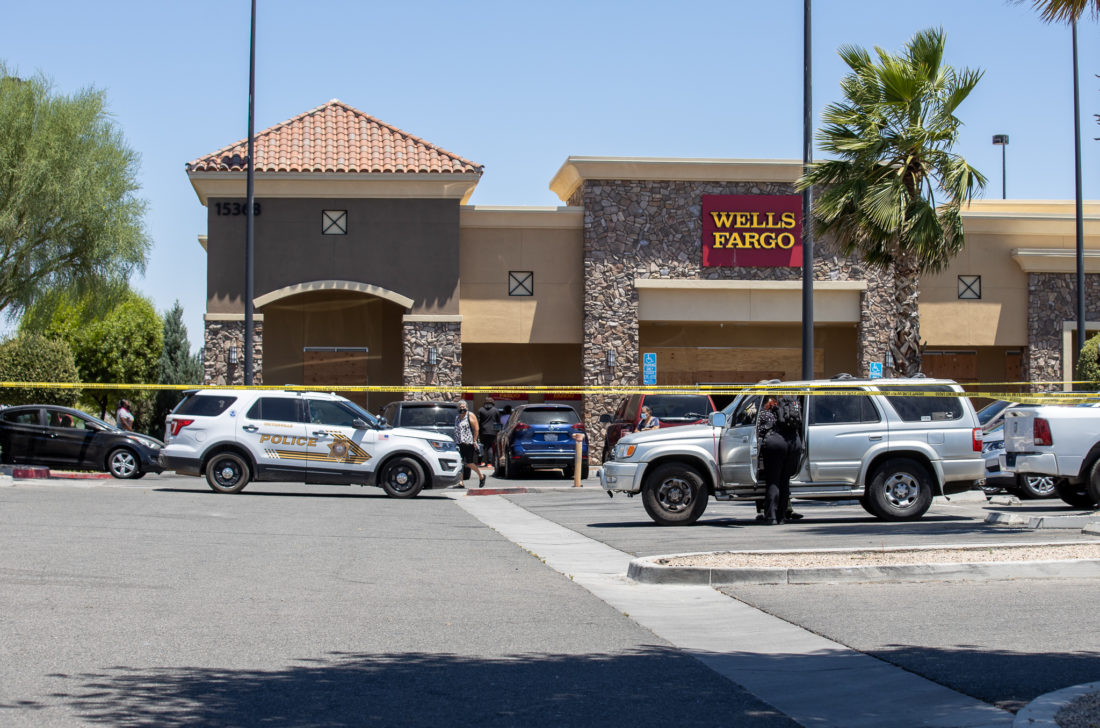 A man was found deceased inside a silver Toyota 4Runner in the Wells Fargo parking lot on Monday. (Gabriel D. Espinoza, VVNG.com)

VICTORVILLE, Calif. (VVNG.com) — A man was found dead inside an SUV parked in the Wells Fargo parking lot in Victorville.

Deputies from the Victorville Police Department responded to the bank and located a silver older model Toyota 4Runner parked in the parking lot. Deputies and confirmed the male inside the vehicle was deceased.

Rodriguez said the Coroner has assumed the investigation to determine the cause of death. “It is not known at this time how long the vehicle had been parked at the location,” stated Rodriguez.

A portion of the parking lot surrounding the SUV was taped-off as the investigation was completed. The identity of the man will be released by the coroner’s office when next of kin have been notified.

Related Topics:death investigationvictorvillewells fargo
Up Next