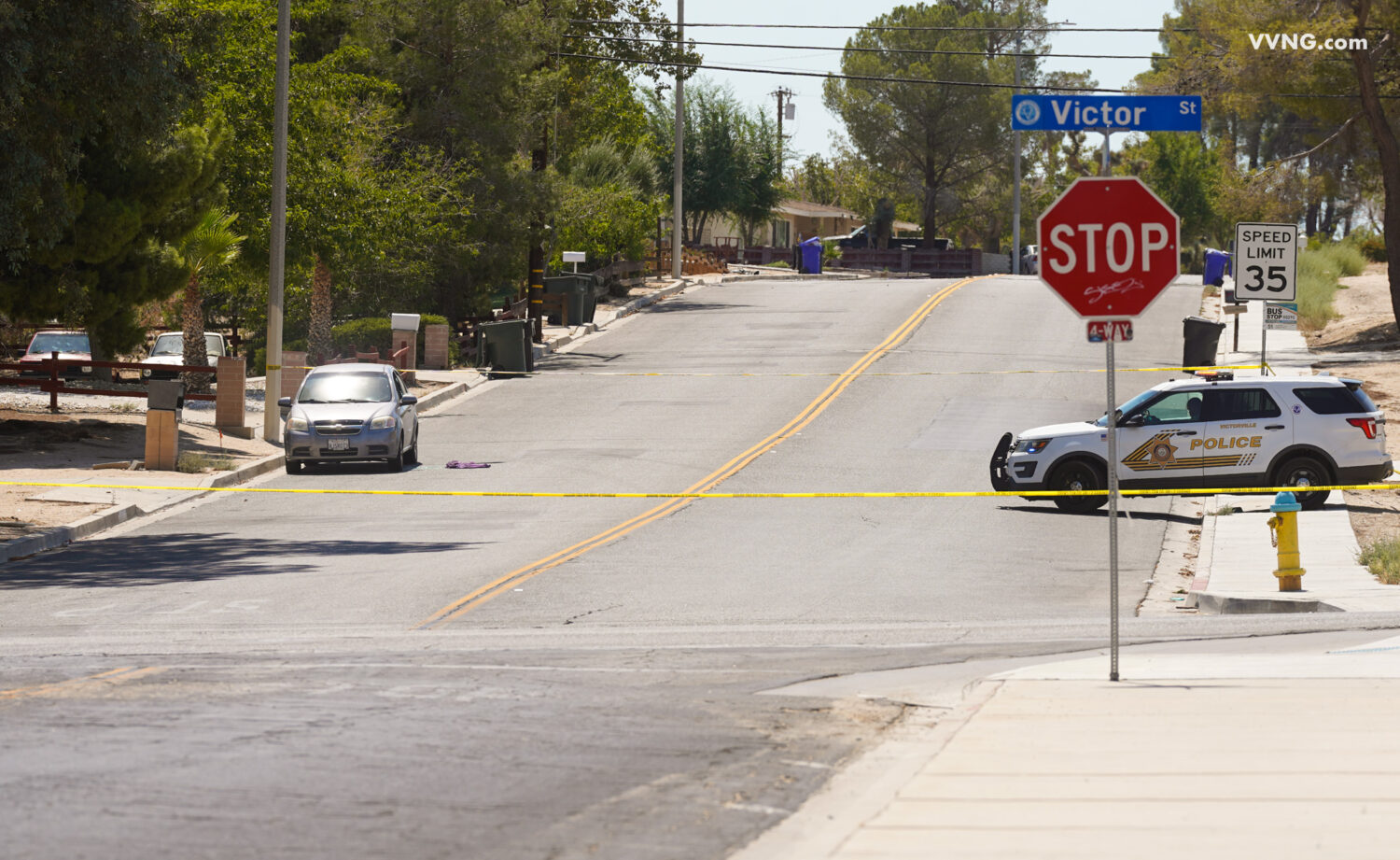 VICTORVILLE, Calif. (VVNG.com) — A man was found dead inside a parked car in Victorville.

It happened just before 11:00 am, on Tuesday, September 6, 2022, near a vacant corner house at the intersection of Victor Street and Rodeo Drive.

Sheriff’s spokeswoman Mara Rodriguez told VVNG that someone in the neighborhood noticed the car had been there a while and requested deputies check it out.

Deputies responded and an adult male was found deceased in a gray 2010 Chevrolet Aveo at the location.

“As of this time, Homicide Investigators are not responding. [The] coroner’s investigator will be responding. The call is open and active and nothing further is available at this time,” stated Rodriguez.

The identity of the deceased is pending next of kin notification and will be released by the San Bernardino County Coroner.

The scene is approximately 1,000 feet away from where a woman named Ashley Tropez was found murdered inside another vacant home on August 26, 2022.

Transient arrested for burglary after resisting arrest in Lucerne Valley