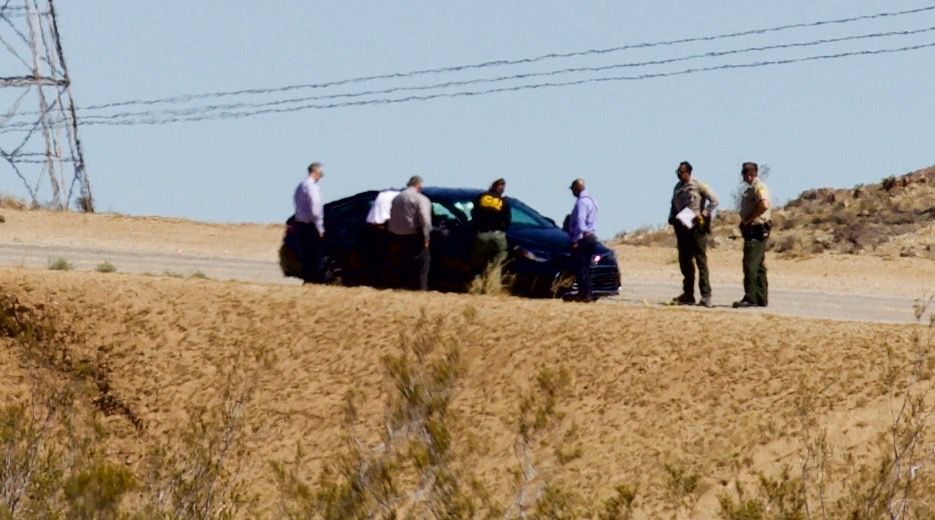 APPLE VALLEY, Calif. (VVNG.com) — A man was found dead inside a vehicle Wednesday morning near the I-15 freeway in Apple Valley.

Deputies arrived on scene and located a black Toyota Camry parked along Dale Evans Parkway with a deceased male inside.

VVNG spoke to a witness who said a man on his way to work saw the vehicle and stopped to call 911. “He noticed one of the windows was busted out that and someone was slumped over the seat,” stated the witness who did not want to be identified.

At about 11:00 am, Crime Scene Investigators along with multiple detectives had arrived at the scene and were conducting the investigation.

Officials have blocked off the area including the on/off ramps for the investigation and motorists should use an alternate route.

Sheriff’s spokeswoman Cindy Bachman said detectives are conducting a death investigation and additional information will be released as it becomes available.

Check back later or refresh this page for updates.