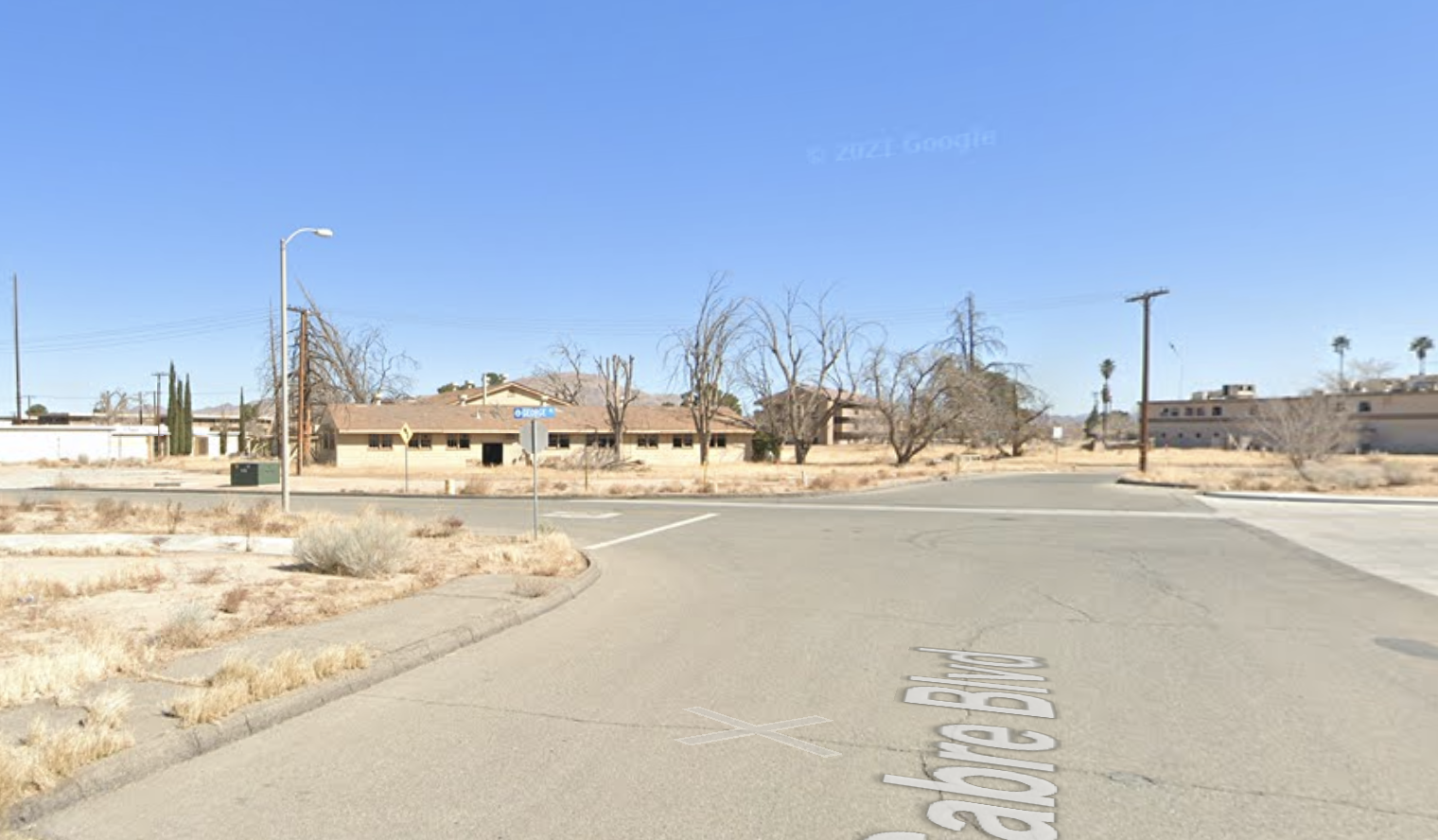 VICTORVILLE, Calif. (VVNG.com) — Sheriff’s officials confirmed that a man was found dead inside an abandoned building at the old George Airforce Base last week.

Sheriff’s spokeswoman Tricia Blake told VVNG the decedent, a man in his 60s, was found in an abandoned building on the base.

According to Blake, there were no signs of foul play and the Coroner’s Division has not determined the cause of death yet.

“Next of kin notification was still pending last I check, so his identity is not being released at this time,” stated the spokeswoman.

Approximately 4-months ago, VVNG reported that a 16-year-old from Apple Valley was arrested for the murder of a man found deceased near an abandoned building in the 200 block of George Boulevard at the base. Officials said the victim, identified as 30-year-old Jeremy Snowden was shot multiple times.

The area has seen a recent influx of transients due to the interim homeless shelter at the city-owned Westwind Sports Center.

The shelter was approved by city officials in April 2021 to house homeless individuals until the completion of the 170-unit Wellness Center Campus on First Street in old-town Victorville.

The Wellness Center Campus is a part of the city’s Homelessness Solutions Action Plan designed to expand homeless outreach and prevention programs while increasing enhanced shelter operations and affordable housing.