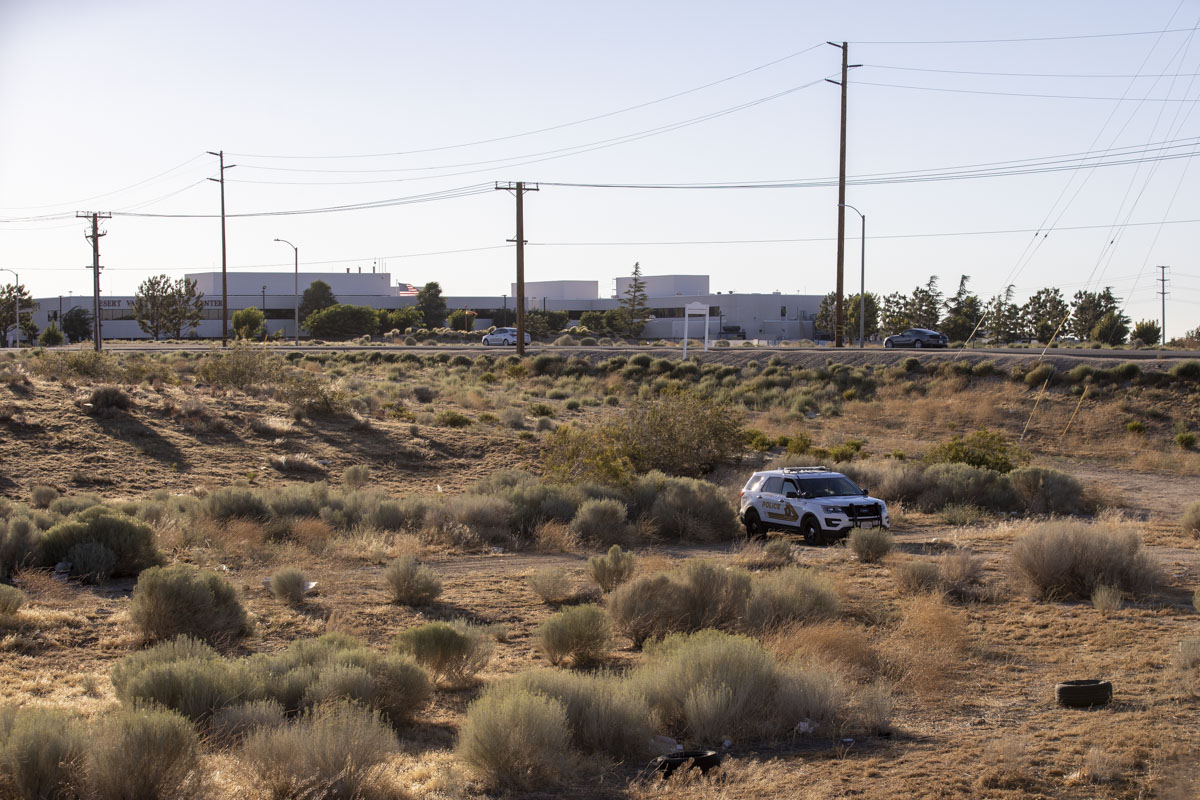 A sheriff's patrol vehicle waits for the coroner to arrive and retrieve the body. (Hugo C. Valdez, VVNG.com)

At about 5:30 PM on July 31st deputies responded to the 16900 block of Bear Valley Road next to the CVS shopping center and located the male in the field and pronounced him deceased at the scene.

Sheriff’s spokeswoman Cindy Bachman told VVNG the coroner was en route to the scene and homicide detectives were not involved in the death investigation. No other information was available for release.

The Victor Valley is currently under an excessive heat warning with the area experiencing triple digit temperatures.

The identity and manner of death will be released by the San Bernardino County Sheriff’s-Coroner office pending notification of next of kin.