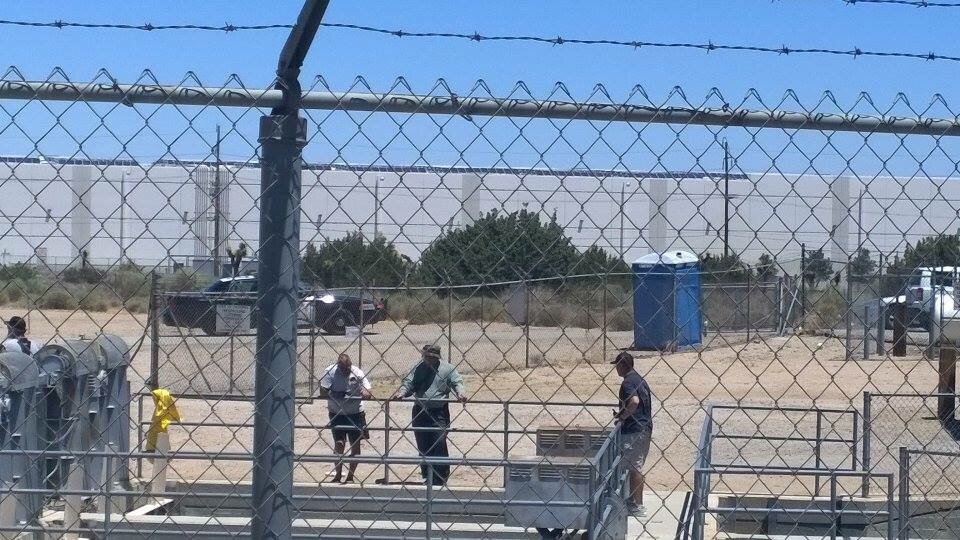 HESPERIA:(VVNG.com)- A death investigation is underway after a body was discovered in the California Aqueduct on Sunday morning.

According to reports, the body of a White Male Adult was found face down floating in the aqueduct along Amargosa Road near Key Pointe Avenue in Hesperia.

Officials at the scene could be seen looking down into the aqueduct near the pumping stations.

Sheriff- Coroners officials, as well as the Sheriff’s Search and Rescue Dive team were on scene and are preparing to recover the body. The body was pulled from the water just before 2:00 p.m. and reportedly had a wallet with identification in his pocket.

The identification of the body and cause of death is pending investigation.

This story is continuing to develop and no additional information is available at this time.