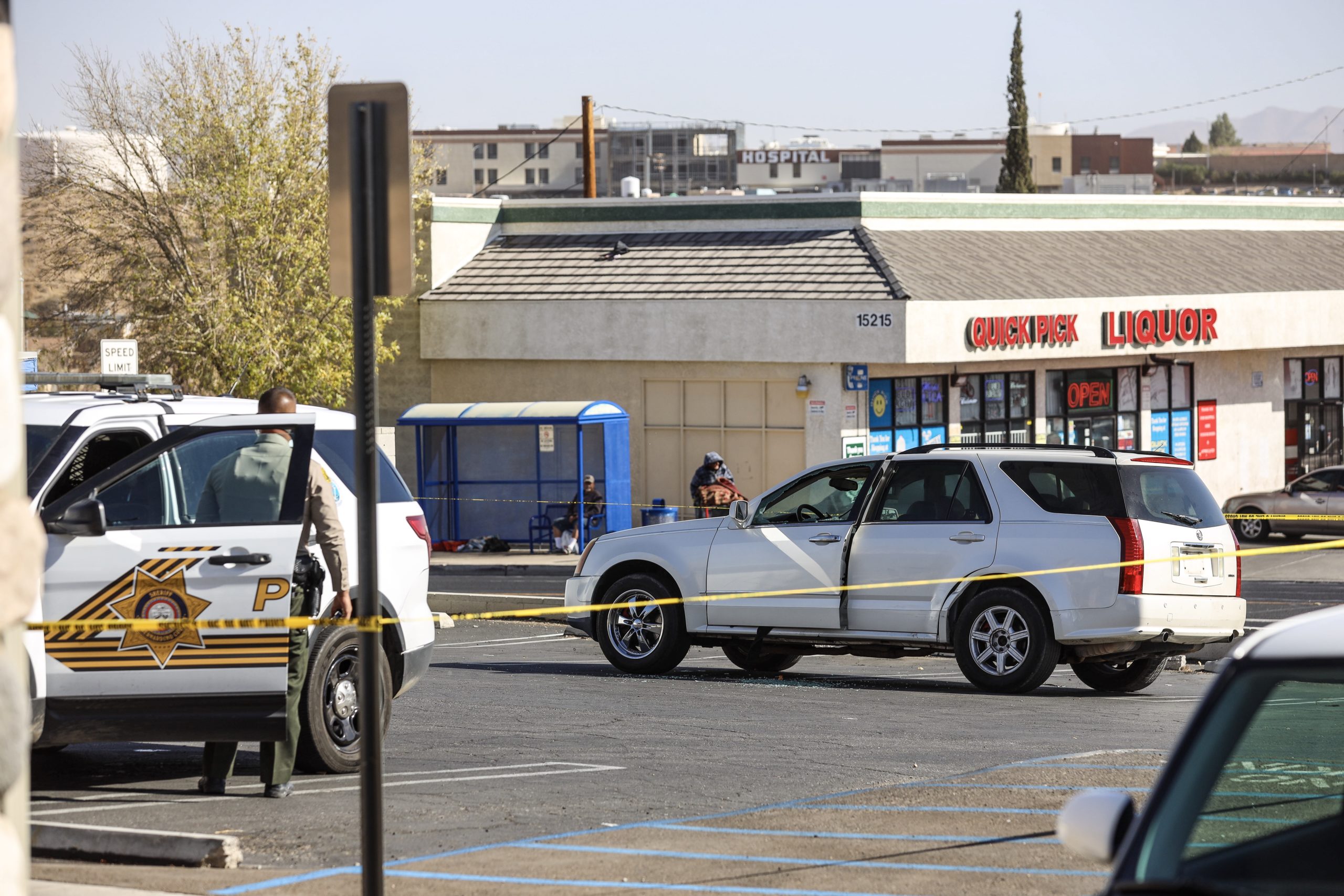 VICTORVILLE, Calif. (VVNG.com) — A death investigation is underway after a man was found deceased in a vehicle Monday just before noon.

The body was discovered in a white Cadillac SUV that was in the parking lot of a shopping center on 7th Street and Mojave Drive, in front of the Montage Nails.

“Deputies responded to the location after dispatch received a call about a vehicle in the parking lot that was blocking traffic,” Victorville Police Department’s Spokeswoman Mara Rodriguez told VVNG.

Upon arrival, deputies found the vehicle locked and one male inside, deceased. There does not appear to be foul play involved at this time. The coroner will determine the cause of death, natural, suicide, etc.,” stated Rodriguez.

Sheriff’s crime scene tape was placed around the vehicle as deputies investigated and waited for the coroner to arrive.

No additional details were immediately available.