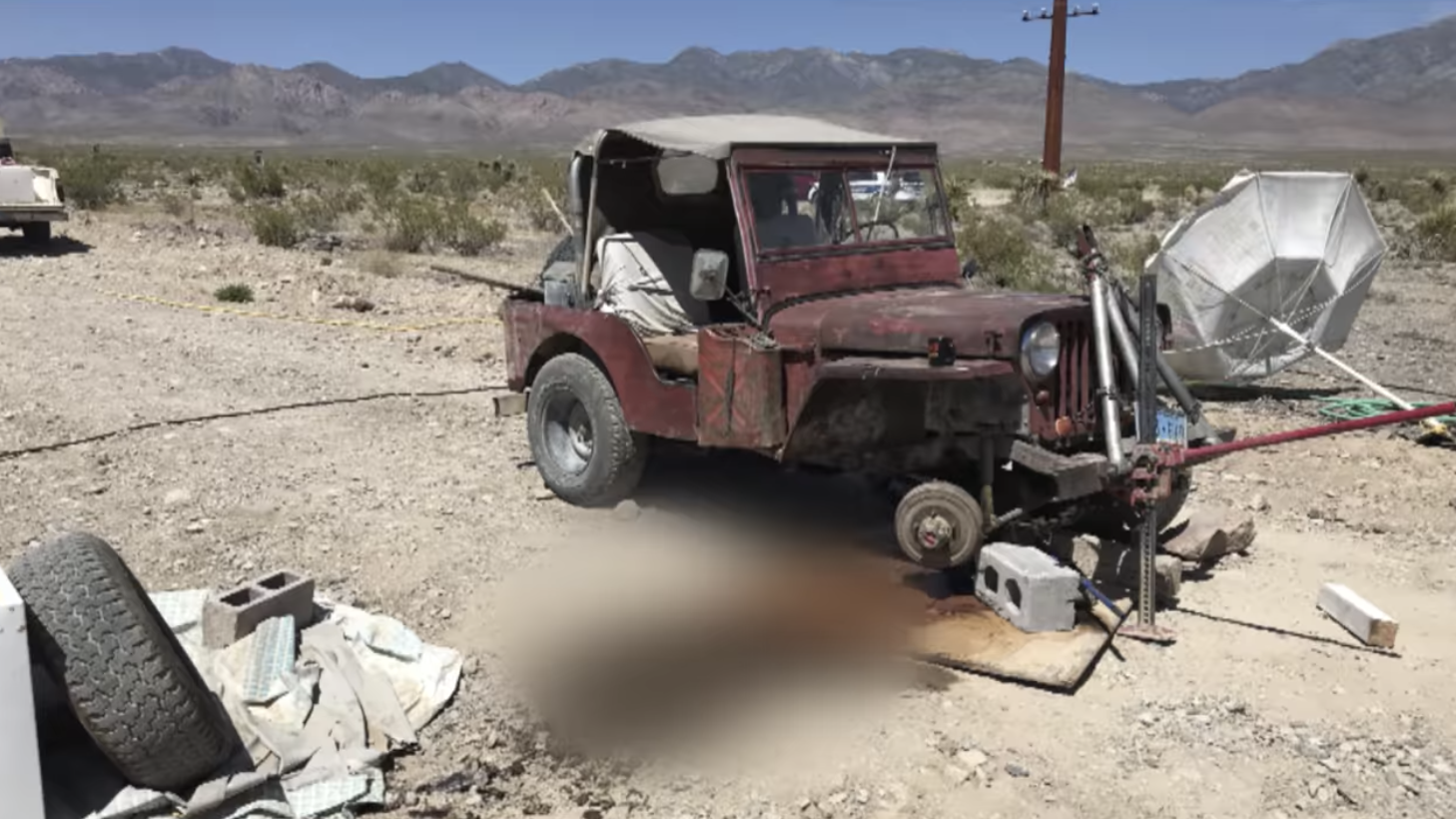 PAHRUMP, NV. (VVNG.com) — The Nye County Sheriff’s office is investigating what is believed to be the first fatality from the Ridgecrest earthquake after a man was found pinned beneath a vehicle he was working on approximately 100 miles away from the epicenter of the quake.

On July 9th at about 1:00 pm Nye County deputies were dispatched to the area of Becky Lane and East Forth Church Hill Road in Pahrump for a report of a man beneath a vehicle.

Upon arriving deputies located a 56-year-old deceased male pinned under that vehicle.

The investigation revealed that the male was last seen alive at a local gas station on Wednesday July 3, 2019.

The vehicle that the male was pinned under had been jacked up safely and based on the positioning of the body and the tools found at the scene, the male appeared to be working on the vehicle at the time of his death.

“Based on preliminary timing and circumstances at the scene, the Nye County Sheriff’s investigation reveals that this death may be the result of the vehicle falling off the jacks on July Fourth during the earthquake,” stated Nye County Sheriff’s Sgt. Adam Tippetts during a video news release.

On July 4th at approximately 10:30 am a 6.4 epicenter struck near Ridgecrest, Ca and the effects of which were felt in Pahrump.

A second earthquake was felt in Pahrump on Friday July 5th, when a 7.1 earthquake epicenter struck near Ridgecrest.

The identity of the male is being withheld pending notification of next of kin.